Let us help you plan your ideal vacation in Shropshire...

Once the red-hot furnace of Britain's industrial revolution, Shropshire is a county that has successfully blended its coal-fired heritage with rural charm, glorious vistas and a dash of Arthurian mythology. Lying on the turbulent England-Wales border, it is blessed not only with top-quality hotels and restaurants, set in streets full of half-timbered buildings, but also ancient hillforts, powerful castles and natural wonders.

Home of Offa's Dyke, the 150-mile defensive earthwork built by the King of Mercia around AD 785, the county offers a remarkably varied landscape, from river banks and mountain tops to 'blue remembered hills', peat bogs and wood-fringed lakes.

Originally populated by prehistoric tribes known as the Ordovices and the Cornovil, this Midlands region was at one time the heartland of the conquering Romans who built Viroconium, near Shrewsbury, one of the largest Roman cities in Britain with a population of more than 6,000.

In the Dark Ages, Shropshire was part of the Kingdom of Powys and the earliest references to a real King Arthur suggest he was a pre-Saxon, Romano-British chieftain who lived in the Oswestry region. An old hillfort overlooking the town is supposedly the birthplace of Queen Guinevere.

Its border was the source of violent rivalry and the Normans finally tried to solve the problem by erecting a series of awe-inspiring castles.

One of Britain's least-populated counties, modern Shropshire is divided by Britain's longest river, the Severn, into a relatively low-lying northern and eastern part and a higher south-western area dominated by the Shropshire Hills.

It was in the dramatic gorge of the Severn that the pioneering ironmaster Abraham Darby perfected the secret of smelting iron in the 18th century with cheap, readily-available coke instead of costly charcoal. His discovery changed the world and put a spark to the Industrial Revolution. The gorge is now a World Heritage Site containing the first-ever iron bridge, designed and built by Abraham Darby the Third in 1779.

Nearby are 'hands-on' museums which bring to life the heady days of innovation and invention in a celebration of this once-technological powerhouse. A real treat for visitors is Blists Hill Victorian Town. The Museum of Iron tells the story of smelting right up to the Great Exhibition of 1851 where the famous Coalbrookdale Company exhibited its work. The county is built on rocks from 11 out of the 13 known periods of geology, the smallest place in the world to boast so many.

In the north, both the Ironbridge Gorge and the valleys of the Long Mynd, a 1,700ft heather-clad ridge that runs for seven miles, were carved by Ice Age glaciers. It explains why the county has its own 'lake district' around the meres and mosses of Ellesmere and has such diverse wildlife, including otters, the rare dormouse and some splendid flora.

The five-mile long ridge known as the Wrekin, near Telford, stands over 1,300ft high and is 900 millions years old. From its summit, where there is an Iron Age hillfort, you can see no less than 17 counties. The Cornovil were the last British tribe to hold this strategic high point against the Romans.

Britain's first-ever theme park is in Shropshire in the guise of Hawkstone Park, a place of crags, man-made caves and grottos. Opened in 1748, it became a Victorian sensation as popular as 20th century Blackpool. It even claims to have links with King Arthur.

The county provides the perfect backdrop for the Severn Valley steam railway, which travels through 16 miles of countryside with seven station stops, and the Shropshire Union Canal which wends its way to Llangollen, skirting sandstone hills via lift bridges and staircase locks to the aqueducts of Chirk and Pont Cysyllte.

Shropshire has many famous sons and daughters including Clive of India, the war-time poet Wilfred Owen, evolutionist Charles Darwin, the Reverend Spooner, inventor of the 'spoonerism', writer A.E. Housman ('A Shropshire Lad') and novelist Mary Webb. Reputedly it was the birthplace of both Dick Whittington and Guinevere and there is a fascinating possibility that it is the resting place of both King Arthur and his inscrutable Holy Grail.

While the county has significant castles such as those at Ludlow, Eastnor, Cholmondeley and Stokesay, it offers a variety of less tangible attractions ranging from the internationally-acclaimed Shrewsbury Flower Show to the Ludlow Food Festival, as well as an array of golf courses and angling destinations. The county can also rightly boast that it possesses some of Britain's best gardens and public markets. 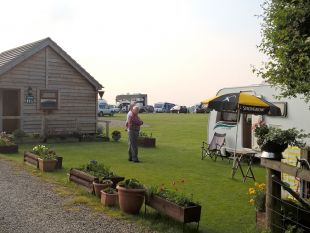 Motorhomes, Tents & Touring Vans
NEWNES TOURING CARAVAN PARK
No. 2 Old Newnes Cottage, Ellesmere, Shropshire, SY12 9HH
£24.00 per pitch, per night
66 Pitches
Robin Bebb welcomes you to Newnes Touring Caravan Park, a wonderful haven for visitors to escape to and get back to the wonders of nature. Ideally located just 1/2 a mile from the historic market town of Ellesmere which is a short fifteen minute w...
07736 349283
info@thenewnes.co.uk
MORE INFORMATION 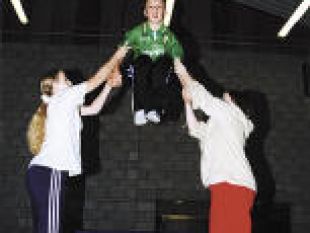 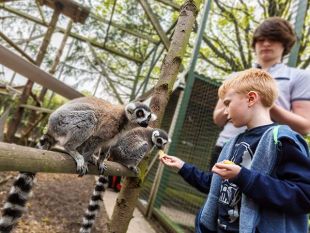 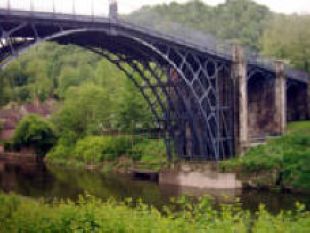 Museums & Galleries
THE IRONBRIDGE GORGE MUSEUMS
Ironbridge, Telford, Shropshire, TF8 7DQ
Ironbridge Gorge is a World Heritage Site, it was here that the Industrial Revolution really started and it's no surprise that there are ten museums within the 6-square miles. Nowhere in the world has had such an influence on the development of te...
01952 884391
paul.gossage@ironbridge.org.uk
MORE INFORMATION 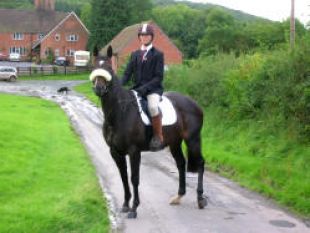 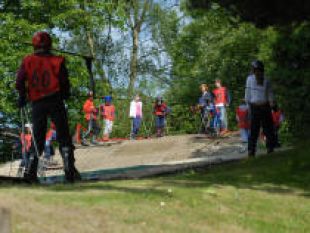 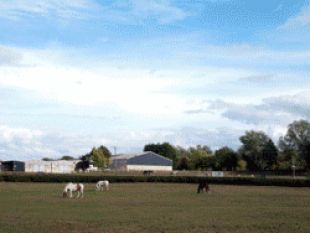 Walks & Viewpoints
HAWKS ON WALKS
For an experience of a lifetime, why not take a walk in the stunning Shropshire countryside and become a falconer for the morning…Flying a Harris Hawk to your gloved fist while she follows gracefully through the trees. We meet at Battlefield 1403 ...
07866 926184
info@hawksonwalks.co.uk
MORE INFORMATION