Glasgow and the Clyde Valley

Let us help you plan your ideal vacation in Glasgow and the Clyde Valley ....

Scotland's largest city, Glasgow, has worked hard in trying to shake off its industrial shackles and in the process has been transformed into a remarkable tourism hotspot, offering glorious architecture, unique museums and galleries, a vibrant social scene and a top-rate shopping experience. Yet this ancient city has an even more important role - as the base from which to explore its magnificent surroundings; a short drive leads through the richly-patterned Clyde Valley to the magic of Loch Lomond and the splendour of the Trossachs, heartland of local hero Rob Roy.

The great River Clyde can also take the visitor on a separate journey over water to a myriad islands. One of these is the 20-mile Isle of Arran, full of historic remains and surf-washed beaches.

There's no doubt, in fact, that Glasgow and the region of South Clydeside are genuine Scottish treasures too often missed by those who simply drive-by en route to the Highlands. Noted for having no less than three universities, Glasgow itself is a key commercial and manufacturing centre with a long tradition of art and culture, as well as warfare and strife.

Among the finest Victorian cities in Britain, it can be divided into three main parts – the medieval centre, the Merchant quarter and the West End. At its heart is a grid system with Argyll Street, Buchanan Street and Sauchiehall Street acting as the retail focus.

It started life as a small settlement and in the 6th century when St. Kentigern (otherwise St. Mungo) arrived to convert its pagan Britons to Christianity. Much later the wooden church he founded became the city's gothic cathedral - the only mainland Scottish cathedral to survive almost intact in the wake of the Reformation.

Glasgow's fortunes changed in the 18th century when the Clyde was dredged to allow the sea to reach the present-day docks, turning the growing city into a major hub for trade from the New World. Then the Industrial Revolution put it firmly on the map as a prosperous engineering and shipbuilding centre, swelling its population with workers from both Ireland and the clearance-scarred Highlands. By the early part of the 20th century it was described as the 'second city of the Empire' and it was only in the 1980s that its shipbuilding industry fell into decline.

Today the city that gave birth to both comedian Billy Connolly and football manager Alex Ferguson has a host of crowd-pleasing attractions, including its fabulous Burrell Collection. Housed in an award-winning building in Pollock Country Park, this assortment of porcelain, furniture, paintings and objet d'art was donated to the city by shipping magnate William Burrell.

Some of Glasgow's most famous buildings were created by the Scottish architect and designer Charles Rennie Mackintosh; among them are the Glasgow School of Art, Hill House, The Lighthouse (now a Mackintosh interpretation centre) and The Willow Tearooms.

The oldest building is Provand's Lordship, which dates back to 1471, but there are many other fascinating stop-offs. They include the city's Museum and Art Gallery, the People's Palace, Pollock House, Glasgow Science Centre, the Museum of Transport, the Royal Highland Fusiliers Museum, the Botanic Gardens and innumerable art galleries. Oh, and the Scottish Football Museum!

To the west of Glasgow lies the historic town of Paisley, famous for its cloth-making, and the ancient Strathclyde capital of Dumbarton to the north. 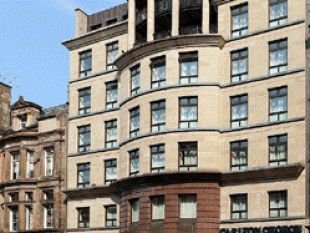 Hotel
CARLTON GEORGE HOTEL
44 West George Street, Glasgow, G2 1DH
From £70.00 per room, per night
64 Double/Twin - All En-suite
The Calshot Experience: Calshot Activities Centre is the largest Outdoor Centre on the South coast. With a unique position on the Solent, it is perfectly placed for visitors to the New Forest. Activities from Dinghy sailing, Windsurfing, Powerboat...
0141 353 6373
reservations@george.carltonhotels.co.uk
MORE INFORMATION 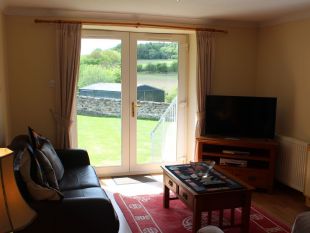 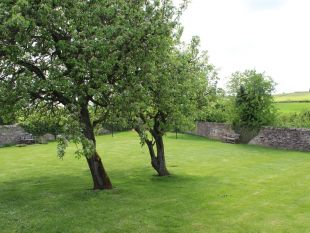 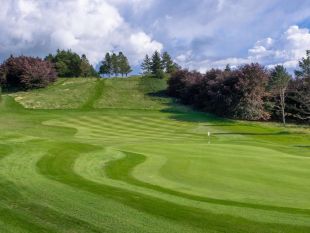 Golf Club
HILTON PARK GOLF CLUB
Stockiemuir Road, Milngavie, Glasgow, G62 7HB
Hilton Park is the only 36 hole golf club in the area. Set in acres of rolling moorland, it comprises the Hilton Course and the Allander course, in which tens of thousands of trees have been planted, providing shelter and adding character to ...
0141 956 4657
office@hiltonpark.co.uk
MORE INFORMATION