Let us help you plan your ideal vacation in Kingdom of Fife...

'The Kingdom of Fife' as it is usually known, lies between the River Forth and the River Tay. The rail bridges over these stretches of water are two of the most famous in the world.

The Forth Bridge which connects Fife to Edinburgh in the South and the Tay Bridge which connects Dundee in the north and was so dramatically destroyed by storms with loss of a train and 90 passengers on 'the last Sabbath day of 1879 ... which will be remember' d for a very long time' (William McGonagall).

Images of the Forth Railway Bridge's unique cantilever construction are recognised the world over. Located 9 miles west of Edinburgh and completed in 1890, it was built to carry twin rail tracks between Edinburgh and Dundee northwards, a task which it still performs to this day carrying the main East Coast line between London and Aberdeen.

Adjacent is the road suspension bridge which was completed in 1964.

Fife is understandably proud of its history and many visitors are attracted by its historical connections.

For more than 500 years, Dunfermline was the nation's capital and is the final resting place of Robert the Bruce. St. Andrews, world famous for its golf and ancient University (with Royal connections) was also once the ecclesiastical centre for Scotland.

Much of the area's industrial heritage has disappeared but there are museums that keep alive the memories of coal mining and textile industries.

Kirkcaldy became the commercial centre of Fife and still remains the area's main shopping venue. It was here that Sir Michael Nairn started his business that made Kirkcaldy the Linoleum capital of the world Floor coverings are still manufactured here. Robert Adam (1723 - 90), the famous architect, was born here as was Adam Smith (1728 - 92), the economist who wrote 'The Wealth of Nations'.

The eastern part of Fife which juts out into the North Sea is called the 'East Neuk' (corner). Apart from its quaint picturesque fishing villages, it can also boast some of the finest uncrowded sandy beaches in the UK. The area is ideal if you are looking for a quiet and peaceful holiday with perhaps a little bracing sea air ... not to mention some of the finest links golf courses you could ever hope to see!

Although some fishing activity still carries on in the East Neuk's small bustling harbours, as in the rest of Britain, the industry is now no longer the great employer it once was. The Herring boats have all gone long ago and with fishing quotas determined by Europe, UK boats find the size of their catches of all fish restricted whilst foreign boats plunder the stocks....ah well! That's progress.

Berthed in the harbour opposite is the Museum's own veteran sea-going 1902 Fifie, Reaper, seen above leaving harbour. The Reaper houses a small display describing life on board the fishing vessel and is crewed by the Museum's Boats Club. When not in Anstruther, she attends festivals and events around Britain.

In the days of sail, each area of the UK seemed to develop its own type of boat. Most popular with the fishermen of Fife was the 'Fifie' design which was a strong sea-going vessel, but a later design from 1879 was the Zulu, built on the Moray Firth where they were preferred for their greater manoeuvrability.

In addition to the original courtyard and buildings, the museum now has a covered boatyard and a gallery housing a preserved 78 ft 'Zulu' dating from the early 1900's.

The museum admits accompanied children free (up to 5 per family), so little for such a memorable experience!

In medieval times, much of Scotland's trade with Europe was via the small ports on this coast. The influence of this trade on local architecture can be seen in the Flemish-style crow-stepped gables on some of the cottages, whitewashed buildings, red pan-tiles and narrow cobbled streets that make the area so attractive.

The north of the Fife, bordering the famous salmon-fishing waters of the River Tay is predominantly agricultural with patchwork fields, some of which are covered at certain times of the year with polytunnels full of delicious fruit. For visitors wanting a base in Fife but also wanting to explore Perth & Kinross, Dundee and Angus, this area is ideal.

Fife's history means that there are lots of castles, fortified tower houses, abbeys, ruins and museums to explore. Its open countryside and coast is also ideal for walking, activity and watersports holidays. 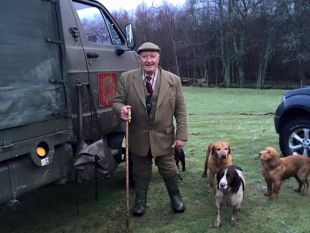 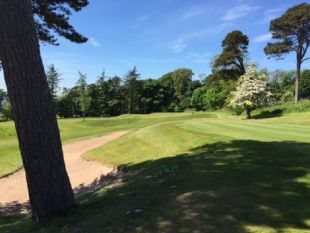 Golf Course
CHARLETON GOLF COURSE
Colinsburgh, Leven, Fife, KY9 1HD
Set in the heart of the Charleton Estate, said to be one of the most beautiful golf courses in Scotland. The course has gone from strength to strength since opening in 1992. 18 holes and a par 72, SSS 71.as well as a putt driving range and golf bu...
01333 340505
clubhouse@charleton.co.uk
MORE INFORMATION 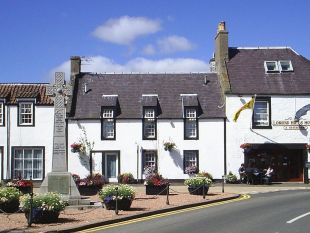 Scottish Tourism Board
Hotel
LOMOND HILLS HOTEL
High Street, Freuchie, Cupar, Fife, KY15 7EY
Single £69.95, Double/Twin £89.95. Family £99.95 per room
24 En-suite
This comfortable Inn and leisure centre is an ideal place to stay when visiting the Kingdom of Fife. Situated at the foot of the Lomond Hills, where it lies within a 25-mile radius of 52 golf courses which includes St. Andrews. The hotel compri...
01337 857329
reception@lomondhillshotel.com
MORE INFORMATION 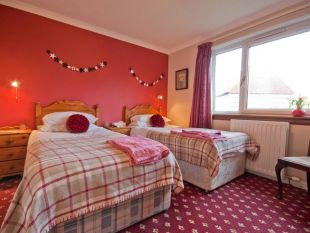