Let us help you plan your ideal vacation in Mid Wales...

That’s an all-too-brief summary of what today’s visitor can expect from Mid Wales, one of the least populated and most unspoilt areas of Britain.

Stretching from Cardigan in the south to bucolic Powys and the Brecon Beacons in the east, this is arguably the most green and pleasant parcel of land in Wales, boasting a cocktail of landscapes ranging from lush farmland and sheep-covered moors to heather-clad mountainsides and salmon-haunted rivers.

On the coast of Ceredigion lies Cardigan Bay, the United Kingdom’s first designated Marine Heritage Coast; a place of wide-open seas, sun-kissed sand and varied wildlife. One of the most popular stretches of coastline in the UK, it annually attracts thousands of people drawn to seaside hotspots like Aberporth and Penbryn.

The historic town of Cardigan (in Welsh, Ceredigion) sits close to the mouth of the River Teifi. It grew around a 12th century castle (only parts of it have survived) and was the scene of the first eisteddfod organised by Prince Rhys ap Gruffudd in 1176. The town was an important trading port until the river silted up in the 19th century and the new-fangled railway sealed its fate. Its finest piece of architecture is a 12th century, five-arched bridge that is still standing after more than 800 years.

Not far from here is one of the greatest single tourist sights in Wales, the thunderous falls of Devil’s Bridge in the picturesque Vale of Rheidol. Three bridges are stacked one on top of another, with the lowest dating to the 11th century. It was built by monks from the Cistercian monastery of Strata Florida Abbey near Tregaron. The falls are on the route of the narrow-gauge Rheidol heritage railway.

Just a dozen miles away lies the seaside resort of Aberystwyth - unofficial bastion of the Welsh language - that is dominated by the University of Wales, a magnificent building erected in the mid-19th century.

The beautiful Brecon Beacons National Park lies southeast. It contains the Black Mountains, the towering peak of Pen-y-Fan at over 2,000 feet, the lakes of Llyn y Fan Fach a nd Llyn y Fan Fawr, the picturesque reservoir of Lake Vyrnwy and the spectacular Elan Valley.

Top attractions here include the Dan-yr-Ogof Showcaves, thought to be the largest cave system in western Europe, and the Brecon Mountain Railway. The area has a number of ancient 'memorial' stones, including the nine-feet tall stone of Madog.

The Brecon Beacons Mountain Centre sits atop the 1100 ft peak of Mynydd Illtud, a mountain that takes its name from a local saint. It borders the Great Forest of Brecknock, a vast hunting forest once reserved for Bernard Newmarch, half-brother of William the Conqueror. The Beacons lie within the vast, ancient kingdom of Powys, an area that fell into English hands in the 13th century. Welshpool is a small but major town of the region. It's attractions include a small market, the fascinating museum of Powysland and a light heritage railway.

Nearby stands Powis Castle; built on the site of a Norman fort, it was bought by Sir Edward Herbert in 1587 who transformed it into an Elizabethan palace. It has spectacular, terraced gardens and an enthralling museum dedicated to the life of Clive of India.

The highest waterfall in Wales can be found at Pistyll Rhaeadr. Beneath its cascading waters is a natural stone arch known as Fairy Bridge. In the photo opposite, you can get some impression of the scale if you can pick out the two people standing at the foot of the second cascade.

The village of Machynlleth was made the capital of Wales by freedom fighter Owen Glendower who held a parliament here in 1404 and was crowned king. Today the place is home to the seven-acre Centre for Alternative Energy, a self-sufficient community that generates its own power and water while educating visitors on the topical subject of energy-efficiency.

Of course, there's much more to be said about Mid Wales – it has an abundance of beauty spots and a plentiful supply of unspoiled villages. It's also an undoubted paradise for anyone seeking open-air excitement – angling, golf, walking, cycling, horse-riding and water sports are all popular activities that are well catered for. In addition it is a place of great gardens, historic castles and countryside canals. 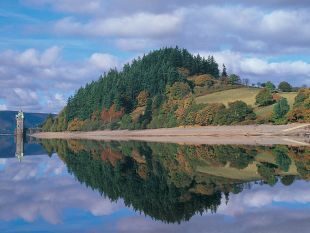 Activity Centre
BETHANIA ADVENTURE
Capel Bethania, Cwm Conwy, Nr Lake Vyrnwy, Llanwddyn, Powys, SY10 0NJ
POA
1 Unit 16 Beds
Lake Vyrnwy just to the south of Snowdonia is a man-made water reservoir with a perimeter road 18 kilometres long, a short drive from the Shropshire border. A day-out from areas such as Birmingham and Liverpool. If you stay here it is a pe...
01691 870615 or 07816 036358
bethania_adventure@hotmail.com
MORE INFORMATION 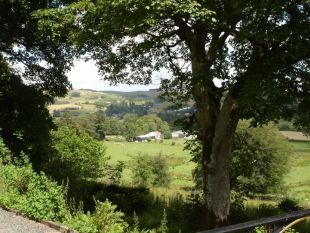 Angling • Fishing
FISHING AT THE CLOCHFAEN
LLangurig, Near Llanidloes, Powys, SY18 6RP
The Clochfaen is set in 20 acres of private woodland with fishing on the River Wye at Llangurig. Easy reach of the coast - Aberystwyth, Aberdovey and New Quay, to name but a few coastal locations "Aubrey's at the Clochfaen" consists of a sitting r...
01686 440687
info@theclochfaen.com
MORE INFORMATION 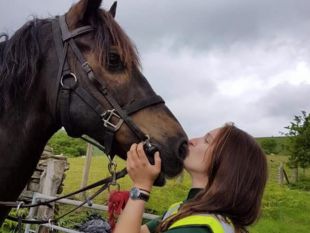 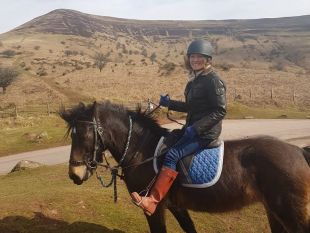 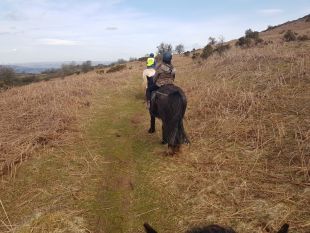 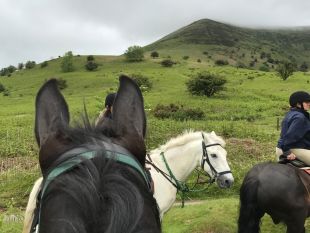 Horse Riding
ELLESMERE RIDING CENTRE
Llangorse Lake, Llangorse, Brecon, Powys, LD3 7TR
Riding for Everyone! Trekking for novices and faster hacking for the more experienced rider. Half and full day rides on well-schooled quality horses through stunning scenery on the edge of the Black Mountains. Superb views over Llangorse Lake to t...
01874 658252 or 07711 100419
walestrails@hotmail.com
MORE INFORMATION 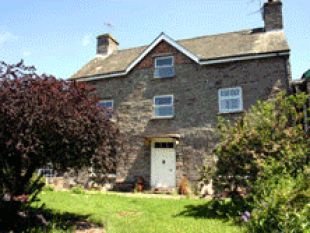 B&B
RHOSYGILWEN
Rhoshill, Cilgerran, Nr Cardigan, Pembrokeshire SA43 2TW
From £65.00 per night
3 Double, 1 Family, 1 Single - All En-suite
Set amongst 22-acres of gardens to which guests have full access is Rhosgilwen, a Pembrokeshire Country Retreat within an area offering a range of attractions for visitors including the Cardigan Bay Coast, the Preseli Hills and the Teifi Valley. O...
01239 841387
enquiries@retreat.co.uk
MORE INFORMATION Hotel
FOUR SEASONS HOTEL
Portland Street, Aberystwyth, Ceredigion, SY23 2DX
POA
32 En-suite
The Four Season Hotel is located in the middle of Aberystwyth so it makes an excellent base for those wishing to explore the town and surrounding area. Within walking distance of the Pier and Promenade, and only 5 minutes walk from both the bus an...
01970 612120
info@fourseasonshotel.biz
MORE INFORMATION 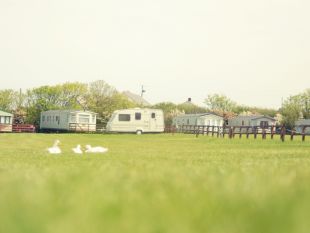 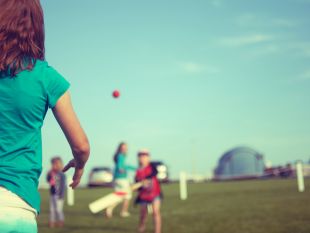 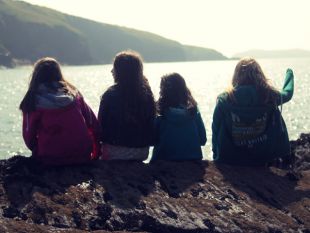 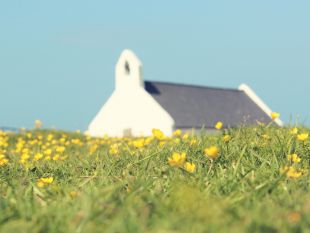 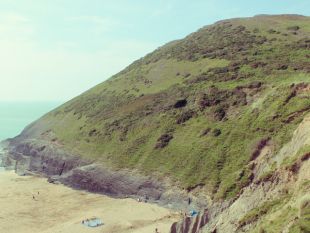 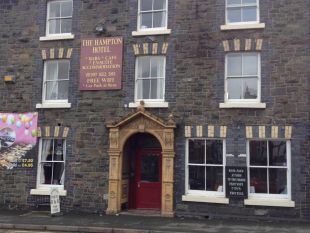 Hotel
HAMPTON HOTEL
Temple Street, Llandrindod Wells, Powys, LD1 5HF
From £33.00 per room, per night
10 Double, 8 Twin, 5 Single, 5 Triple/Family - All En-suite
The Hampton is a friendly family run hotel based in the centre of the historic town of Llandrindrod Wells. Local attractions include the Elam Valley Reservoir and the Royal Welsh Showground. Only 1 hours drive from the Brecon Beacons National P...
01597 822585
hamptonhotel@outlook.com
MORE INFORMATION 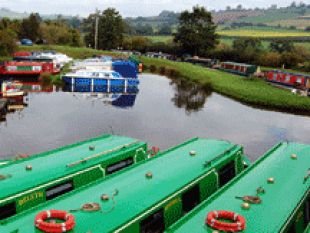 English Tourism Board
English Tourism Board
Boating Accommodation
CAMBRIAN CRUISERS
Ty Newydd, Pencelli, Brecon, Powys, LD3 7LJ
VB 4/5 Stars. For nearly 200 years the Monmouthshire and Brecon Canal has wended its secret way through the breathtaking beauty of the Welsh countryside. The canal is peaceful and tranquil even in high summer and offers leisurely canal cruising in...
01874 665315
info@cambriancruisers.co.uk
MORE INFORMATION