Let us help you plan your ideal vacation in County Antrim...

Head north to the dramatic "Causeway Coast" where around 40,000 basalt columns rise out of the sea to form magnificent cliffs. This has been the most popular attraction in Northern Ireland for at least 300 years.

Nearby in Portrush is the Dunluce Centre which features unique attractions providing thrills and enjoyment for the whole family including Ireland’s only 4-D Turbo Tours motion simulator cinema. Finn McCools 3 floor soft play adventure playground is ideal for younger members of the family. The Darklight Laser Drome provides action fun for all members of the family and the centre also has a viewing tower which offers a superb panoramic view of Portrush and the surrounding coastal area. The Centre includes a Coffee Shop, Gift Shops and Tourist Information Centre.

At nearby Bushmills you can experience for yourself the unique whiskey making tradition at Irelands oldest working whiskey distillery, granted a royal licence to distil in 1608. The Old Bushmills Distillery offers guided tours which take 45 mins and demonstrates the complete production process from grain to glass. Enjoy a whiskey of your choice in our 1608 Bar at the end of your tour. Admission charge applies to guided tour but the Whiskey/Gift Shop and Cafe are open to the public 7 days a week without charge. (The tour is unsuitable for those with walking difficulties or in a wheelchair. Children under 8 are welcome on the site but are unable to tour.)

If you like bustling cities, Belfast which houses almost a third of Northern Ireland's population has a modern shopping centre, pedestrianised areas, historic buildings, museums and galleries, cafes and bars. The port is dominated by the cranes of the Harland & Woolf shipyard which once built many of the world's greatest liners. It is a pity that the one everyone remembers, Titanic, came to such a tragic end almost a century ago. Her sister ship, Britannic, was launched in 1914 but, because of the First World War, was used as a hospital ship. She was sunk by a mine in 1916 and so never entered service as a liner.

The Museums Service of Northern Ireland has created a new exhibition, "Titanica", to commemorate the centenary of the Titanic's launch. 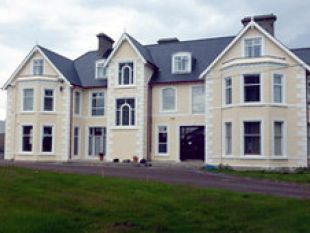 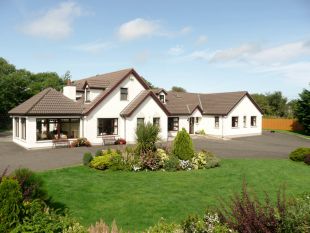 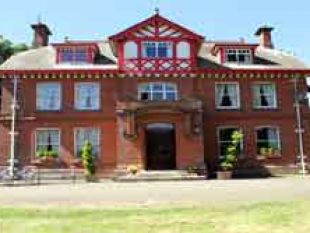 B&B
GLENDONA HOUSE
22 Gobrana Road, Glenavy, Crumlin, County Antrim, BT29 4LQ
From £28.50 per person, per night - Single Occupancy from £35.00
1 Double, 2 Family (2 En-suite, 1 Private Bathroom)
Glendona House is close to Belfast International Airport, ideally located for Lough Neagh only 10-minutes by car from Lisburn or Antrim. The bed and breakfast once belonged to the Earl of Abingdon and has retained its period charm to the present d...
028 9442 2283
gail@glendona.com
MORE INFORMATION 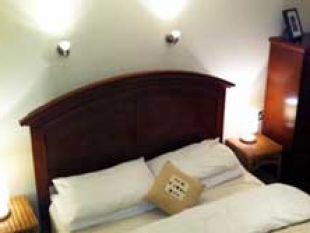 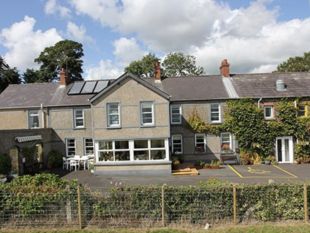 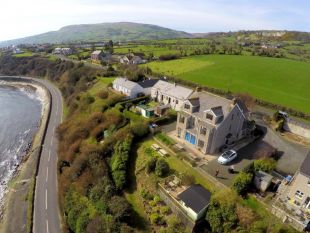 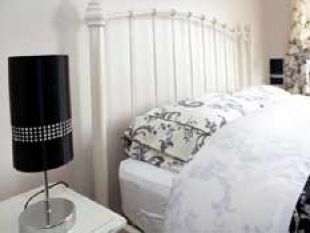 B&B
MORNING CALM BED AND BREAKFAST
22 Portrush Road, Ballymoney, County Antrim, BT53 6BX
From £70.00 per room, per night
1 Family, 1 Double - Both En-suite
Morning Calm bed and breakfast is ideally located to visit the Giant's Causeway and cyclists can follow the river along the Lower Bann cycle route - we actually have bikes for hire. Our accommodation is stylish, comfortable and spacious and all...
028 2766 9967
jeremylyons1@gmail.com 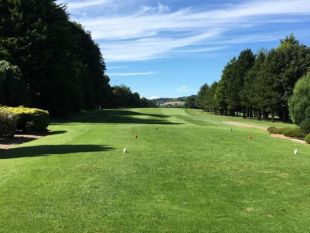 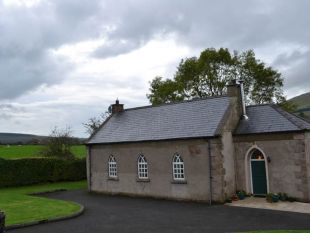 Cottage
GLENSHESK SCHOOL HOUSE
16 Greenan Road, Glenshesk, Ballycastle, Co Antrim, BT54 6QA
From £280.00 - £350.00 per week
1 Unit sleeps 4
Located in Glenshesk, one of the celebrated Nine Glens of Antrim, in a quiet, rural setting with panoramic views of the Scottish coastline, close to several sites where Game of Thrones is filmed. This family sized rural accommodation, with a be...
028 2076 2280
glensheskschoolhouse@hotmail.com
MORE INFORMATION 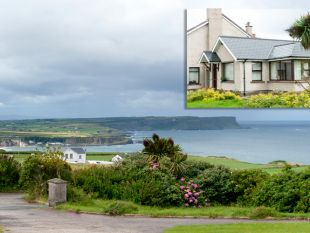