If you already know what you are looking for, you can use our Site Search Bar. Enter a TYPE AND LOCATION or a BUSINESS NAME. Alternatively, enjoy exploring the Isle of Man using the Filters to refine your search.

The Isle of Man is a 'treasure island' for visitors, with its own unique history, Neolithic monuments and plentiful 21st century attractions. Although independent (it has the curious distinction of belonging neither to the United Kingdom nor the European Union and proudly boasts its own laws, postage stamps, language and Viking-founded parliament, the ancient Tynwald), for tourists and holidaymakers, it is still included as one of our UK travel destinations.

Most famous for its TT motorcycle races, which have taken place each summer since 1907, it has also given the world the tail-less Manx cat and the unique four-horned Loaghtan sheep. The island's strange symbol The Three Legs of Man represents independence and means "Whichever way you throw me I stand". These armour-clad legs have a common link to both the Swastika and Sicily's distinctive emblem of three naked legs surrounding Medusa's head - all reminders of ancient sun worship. The isle even has its own tartan whose colours refer to its landscape and flora - pale blue (for the sky), yellow (for gorse), white (representing its cottages), green (for its hills) and purple (for heather). In recent years the island has become something of a hotbed for both movies and TV dramas thanks to the Tynwald's investment policy and the plethora of interesting locations.

Typical of its unusual charms is a sea fog which occasionally descends upon lowland areas and is known as Mannan's Cloak, a picturesque reference to an old sea god. The isle also has two fine castles at Peel and Castletown. Peel Castle dates back to 1392. Built within its walls is the Cathedral of St German, the oldest Celtic cathedral in the British Isles. Thirteenth century Castle Rushen, at Castletown, is one of the most complete castles in the British Isles. Its tallest tower rises 80 feet - with walls that are 12 feet thick. Attractions for families and children are numerous and range from leisure-sports parks and nightspots to angling, surfing, sailing, golf, riding, bowls, wildlife parks, the Manx Museum, the House of Manannan and narrow Victorian electric and steam railways.

The Manx Museum tells the story of the island during the days of the Norse occupation and has natural history, archaeological and folklore collections besides. Bird-lovers should take a trip to the southern tip of the island and the two-square kilometre islet called Calf of Man, a bird sanctuary run by the Manx National Trust, and perhaps an even more exciting quarry to be spotted around the west coast - giant basking sharks!

Although it is British, the Isle of Man is not part of Great Britain and people born here are called Manx. Queen Elizabeth is head of state (Lord of Mann), represented by a Lieutenant Governor. There has been a strong association with the Celts and Vikings and a four-tiered mound of earth now called Tynwald Hill, was once a burial mound 'adopted' by the Vikings as a place for open-air law-making. Early Christian priests lived in small earth sod 'chapels', or Keeils, built on more than 200 sites. Much later, Rushen Abbey became a significant religious building, housing Cistercian monks who also founded a nunnery on the outskirts of Douglas.

An important modern building is The Gaiety Theatre which opened on the prom at Douglas in 1900; it is one of the world's finest surviving Victorian theatres, with multiple entrances and exits designed to prevent social classes from intermingling!

This tiny island of wild moors, rugged glens, secluded beaches and verdant hills lies quietly waiting to be discovered in the middle of the Irish Sea halfway between the lively cities of Liverpool in England and Belfast in Northern Ireland. Touring the island is pretty easy too, since it is just 33 miles long and 13 miles wide! At its heart lies the 620m-high Snaefell mountain which looks down imperiously over a landscape packed with historical features, stone circles, Celtic earth 'chapels' and majestic castles as well as modern seaside resorts and family attractions. 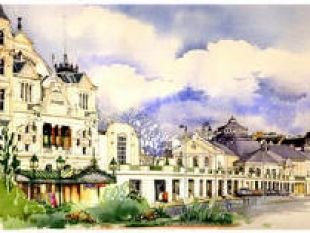 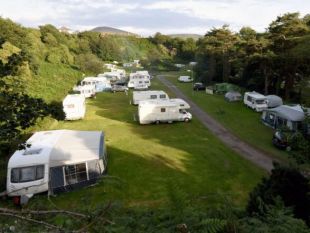 Motorhomes, Tents   Touring Vans
GLEN WYLLIN CAMPSITE
Glen Wyllin, Kirk Michael, Isle of Man, IM6 1AL
Adults from £8.00, Children (5 -15) £4.00 per night
90 Pitches
15-miles from Douglas, 6-miles from Peel in one of the most beautiful of the Manx National Glens, with direct access to miles of broad, sandy beach. This family campsite is divided between 3-areas within easy reach of the amenities. Located out...
07624 330360
glenwyllincampsite@outlook.com
MORE INFORMATION 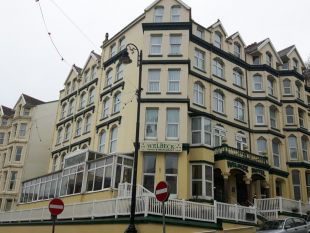 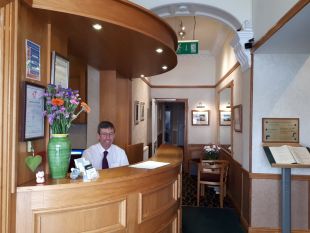 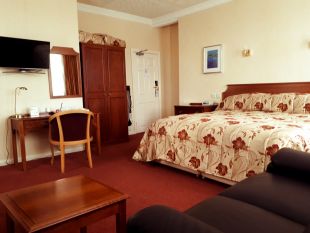 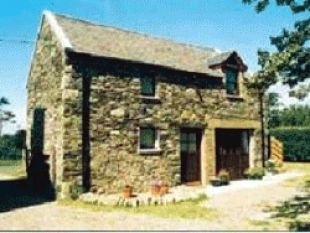 Cottage
KILLEABRAEGGA COTTAGE
Sulby Glen, Sulby, Isle of Man, IM7 2BE
From £350 per week
1 Sleeps up to 6
This charming cottage is set in true Manx countryside, only 15 minutes from the attractions and amenities of Douglas. Killeabraegga is a 2 bedroomed well equipped cottage, which sleeps up to six persons. Towels and linen provided and heating and e...
01624 816445
janecallow@manx.net
MORE INFORMATION 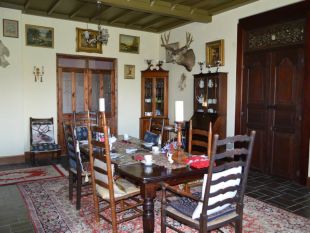 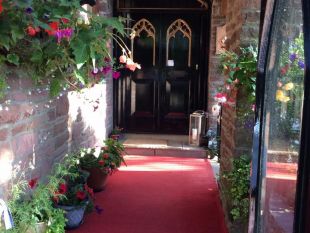 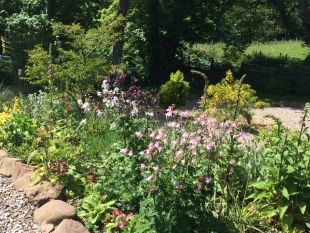 B&B
LANGTOFT MANOR BED & BREAKFAST
Ballagyr Lane, Peel, Isle of Man, IM5 2AD
From £45.00 - £90.00 per person, per night
1 Double, 1 Double/Twin, 1 Double/Family - All En-suite
Langtoft Manor is a hidden treasure tucked away from the main road, within a 2-acre garden of beautiful flowers and foliage only 5 minutes drive from Peel town centre; we can provide a shuttle service. White Strand Beach is less than 10-minute...
01624 843575 or 07624 454416
langtoftmanor@gmail.com
MORE INFORMATION 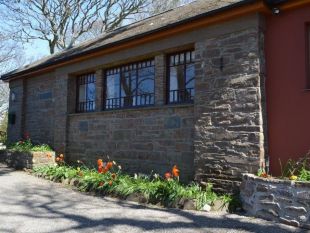 Self Catering Lodge
THE LODGE AT LANGTOFT MANOR
Ballagyr Lane, Peel, Isle of Man, IM5 2AD
From 95.00 per day, Min. 4 days
1 Lodge Sleeps 4
Langtoft Manor is a hidden treasure tucked away from the main road, within a 2-acre garden of beautiful flowers and foliage only 5 minutes drive from Peel town centre; we can provide a shuttle service. White Strand Beach is less than 10-minute...
01624 843575 or 07624 454416
langtoftmanor@gmail.com
MORE INFORMATION

Cottages
CRAIG COTTAGES
St. Judes, Andreas, Isle of Man, IM7 2EP
From £400 per week
2 Units sleep up to 6
Both cottages are detached dwellings set in their own spacious gardens in the heart of the countryside. Situated in the North of the Island, St. Judes is a quiet hamlet with a little church, from which the area takes its name. This sleepy little v...
01624 880242
craigcottages@manx.net
MORE INFORMATION