Let us help you plan your ideal vacation in County Down...

County Down is a magical county and surely has something for everyone. It forms the most easterly point of Ireland skirting east Belfast and is close to mainland Britain, where the Ards Peninsula juts out into the Irish Sea. There are miles of coastline and an almost land bound sea lough, Lough Strangford. To the south are the forlorn sounding Mountains of Mourne, which, left to the imagination, conjure up creatures out of Irish legend.

Bangor is the largest of the towns on the north coast and from here you can travel south east down the Ards Peninsula or south west towards the Downs and its rounded hills. The Peninsula is breezy but also a delight, on the coast you will see seals, be able to eat the edible seaweed and picnic in the grounds of Grey Abbey on the lough side. Travelling down this piece of land its quiet and wild, Wordsworth and Franz Liszt have visited here.
At the end of the Peninsula where Lough Strangford meets the sea is the town of Portaferry, where the waters are squeezed through a narrow channel creating dangerous tidal currents twice a day, flows of 8 knots are common.

The Lough itself is a sanctuary to birds and wildlife, there are marshes and mudflats which give rise to a rich supply of marine life. There are plenty of appealing places to visit along its shores.
Across the sea narrows from Portaferry is the town of Downpatrick which services as a centre for this particular area. St Patrick is reported as being buried in the grounds of the Cathedral. There is an exciting interpretative exhibition which tells the fascinating story of Ireland's Patron Saint, St Patrick. It's an interesting visitor attraction for all the family and explores the legacy left by the saint. Around the area there are many ancient sites to explore, including Inch Abbey and the Ballynoe Stone Circle.

The famous Mountains of Mourne rise from the Irish Sea and peak at nearly 2,800 ft with Slieve Donard being its highest peak. Walkers will find Mourne Wall, its 22 miles long and encloses the water catchment area for two lakes.

Hugging its base is the little seaside town of Newcastle a good place to stay if you are thinking of walking in the area. There is also yachting, fishing from the harbour walls, golf and walks amongst the sand dunes at Murlough.

On the other side of the mountains from Newcastle lies Warrenpoint and Rostrevor which line Carlingford Lough, there are ruined castles and a priory here.

County Down was also home to the Bronte sisters for those interested in literature, the remains of their father's cottage can still be seen. The Bronte homeland can be found around Glascar and Rathfriland, to the north of the Mourne Mountains.

The visitor will love this county with its ruined castles and priories, long deserted coastlines, moors, mudflats and sand dunes, wild mountains and lush green irish valleys, quiet hamlets and places to just relax and unwind in. 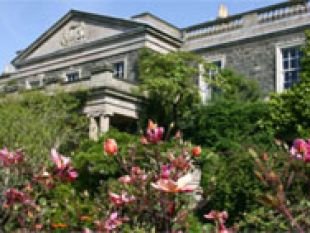 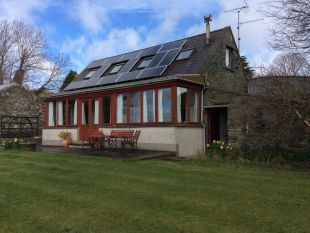 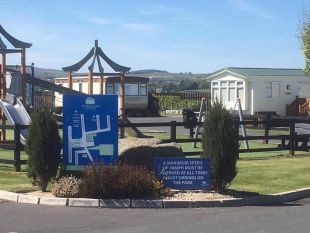 Touring Vans & Motorhomes
MURLOUGH COTTAGE CARAVAN PARK
180 - 182 Dundrum, Newcastle, County Down, BT33 0LN
£25.00 per pitch, per night
25 Pitches
With spectacular views over the Mourne Mountains (2 miles away) Murlough Cottage is a family-run 5 Star Caravan Park at Newcastle, County Down. Many changes have taken place throughout the site since it opened 70 years ago but one thing remain...
028 4372 2906
info@murloughcottage.com
MORE INFORMATION 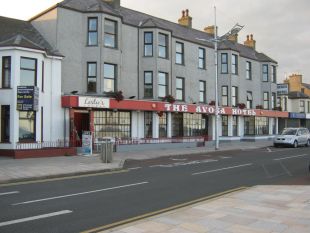 B&B
AVOCA HOTEL
93-97 Central Promenade, Newcastle, County Down, BT33 0HH
From £32.00, En-suite £40.00 per person, per night
16 Rooms (9 En-suite)
Located at the foot of the beautiful Mourne Mountains, overlooking Dundrum Bay and Newcastle's new promenade Avoca Hotel is an excellent base to explore this beautiful County. There's a fully licensed bar and during the summer months there's e...
028 4372 2253
info@avocahotel.co.uk
MORE INFORMATION 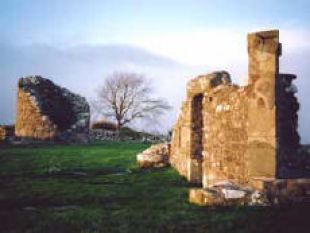 Churches & Cathedrals
NENDRUM MONASTIC SITE
Comber, County Down
Traditionally founded in the 5th century by St Machaoi, the Nendrum Monastic Site is a fine example of an island monastery. First documented as a parish church in 1306, but abandoned for a mainland site at Tullynakill during the 15th century. Ther...
028 9054 3037
MORE INFORMATION 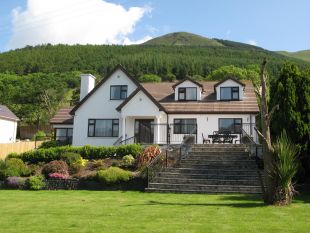 B&B
FIR TREES
16 Killowen Old Road, Rostrevor, County Down, BT34 3AD
From £40.00 per person, per night (Sharing)
1 Twin, 1 Double, 1 Family - All En-suite
Fir Trees is a family run bed and breakfast with tastefully decorated bedrooms all with 32” flat screen TV’s, dining room and living room, where you can relax, watch television or simply enjoy the views over Carlingford Lough. Only a short dista...
028 4173 8602 or 07926 674370
info@firtrees.co.uk
MORE INFORMATION 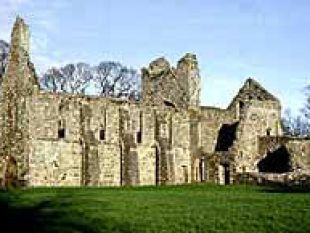 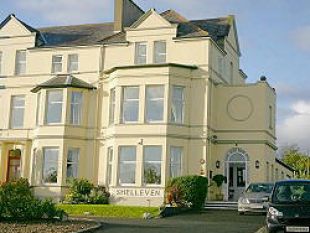 Guest House
SHELLEVEN HOUSE
61 Princetown Road, Bangor, County Down, BT20 3TA
Single £40.00, Double from £75.00 for 2 People B&B
3 Single, 7 Double/Twin & Family - All En-suite
Welcome to Shelleven House, a four-star end of terrace Victorian Townhouse in a quiet area within a two-minute walk from The Prom, five minutes from Restaurants, Bars, and Shops. Shelleven is set in its own grounds, with Garden and Private Parking...
028 9127 1777
shellevenhouse@aol.com
MORE INFORMATION

Golf Club
CLOVERHILL GOLF CLUB
Lough Road, Mullaghbawn, Newry, County Down, BT35 9XP
We are one of Armagh's foremost golfing experiences! Cloverhill Golf Club is an 18 hole gem with unspoilt views of one of the most panoramic scenes on any course in Ireland. 5496 yards, par 69. There is a clubhouse and bar with visitors welcome at...
028 3088 9374
info@cloverhillgolfclub.co.uk
MORE INFORMATION Museum
DOWN COUNTY MUSEUM
The Mall, Downpatrick, County Down, BT30 6AH
UNLOCK THE PAST AT DOWN COUNTY MUSEUM...Visit this unique museum in the restored County Gaol of Down; featuring restored gaol and cells, exhibitions on the history of County Down, children's hands-on activities, site audio tours, Cathedral View te...
028 4461 5218
museum@downdc.gov.uk
MORE INFORMATION