Let us help you plan your ideal vacation in Bedfordshire...

Bedfordshire is England's second smallest county and, in contrast with its illustrious near-neighbour London, largely consists of rolling green fields.

Mostly low lying, its economy relies heavily on agriculture and market gardening, yet here are great houses, scores of thatched cottages, old-world villages and even tigers! Situated northwest of the capital city in eastern England, the county used to be part of the kingdom of the ancient British tribe known as the Cantvellauni.

Later, the Romans came, saw and conquered but were eventually replaced by the Anglo Saxons and by the end of the sixth century the region was part of the Kingdom of Mercia. While the county played an important role during the reign of King Alfred, Bedford itself was sacked and burned in the year 1010 AD by the Danes.

Geologically, the county can be divided into distinct parts. In the north is a maze of rolling pastures and farms in the glinting valley of the majestic River Great Ouse, a wide waterway joined by numerous tributaries. Here are sublime water meadows lined with willow, alder and hordes of canny fishermen.

The area was left virtually undisturbed by the Romans and their subsequent followers, though the Vikings navigated the Ouse and built a harbour and docks at Willington.

Deposits of yellow-brown clay create the perfect underbody for cow-munching grasslands. These farm-laden northern reaches are characterised by quietly-spoken villages with thatched houses, traditional village greens and ageing, stone-spired churches. Roxton boasts rush-roofed chapel while Bushmead has the remains of royal stables and an Augustinian priory. The clay proved to be ideal for brick-making, an industry which dominated the county for many years. Water-filled pits (from which the clay was dug) are abundant in some areas and provide havens for wildlife.

The picturesque village of Cardington has become a centre for hot-air ballooning and is still dominated by hangars used to build the ill-fated R101 airship.

Instead of clay and hot air, the south of the county is a place of chalk, boasting the stunning Chiltern Hills and glider-filled Dunstable Downs. This is essentially an area of farms and market gardens growing a constellation of fruit and vegetables.

Fruit growing came of age here in the 19th century with the coming of the Victorian plant pioneer Thomas Laxton. The redoubtable Mr Laxton and his descendants developed many varieties of apples ("Lord Lambourne", "Laxton's Superb") as well as plums, pears, gooseberries, raspberries, currants and strawberries.

There are a number of great houses in the county but the most prominent is 18th century Woburn Abbey, which lies atop a sandstone ridge. The ancestral seat of the Dukes of Bedford, it was originally a medieval abbey and contains paintings by the likes of Canaletto and Rembrandt.

The surrounding 3,000-acre Woburn Park was used by the 11th Duke to save the rare Père David's deer from extinction in the 20th century. Other species of deer have since been drafted in. After the Second World War the 13th Duke was the first aristo to open his stately pile to the public before he invented Woburn Safari Park - the largest drive-through wildlife reserve in Britain.

Nearby stands Abbot's Oak. It was from this noble tree that the Abbot of Woburn was hanged on the orders of Henry VIII in 1537.

Another memorable house is Luton Hoo, south east of Luton. Built by Robert Adam in the 18th century, it was landscaped by the great 'Capability' Brown.

Most of Bedfordshire's population is concentrated in the towns of Luton and Bedford. Luton is famous as home for Vauxhall Motors and "Bedford" was the name given to the range of commercial vehicles they built.

The area's most famous historical figure was the nonconformist preacher John Bunyan (1628-1688) who was born at Harrowden, near Bedford, and began the allegorical "Pilgrim's Progress" while incarcerated in Bedford jail during a period of severe religious persecution. A slab marks the site of the prison but the town has other Bunyan memorials, including a museum, a statue in front of St Peter's Church and a famous meeting house.

Bedford has a fine five-arched 19th century bridge over the River Great Ouse and a number of old churches. St Paul's, for example, dates to the 12th century and has a 15th century pulpit from which John Wesley preached.

Curiously, the county has seen few battles or major upheavals in modern times and beyond the main centres of commerce and development has retained a quaint, rustic air. 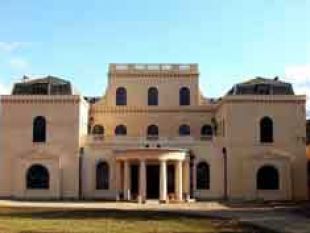 Guest Accommodation
MOGGERHANGER PARK
Park Road, Moggerhanger, Bedford, MK44 3RW
From £80.00 - £300
23 En-suite
Experience the history of the newly restored Grade 1 Country House at Moggerhanger Park, once the home to Godfrey Thornton, the Governor of the Bank of England from 1793 to 1795. Set in 33 acres of parkland with grounds landscaped by Humphrey R
01767 641007
enquiries@moggerhangerpark.com
MORE INFORMATION 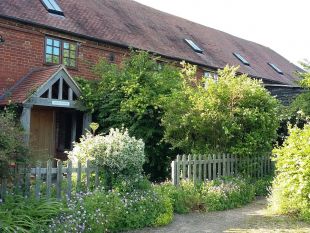 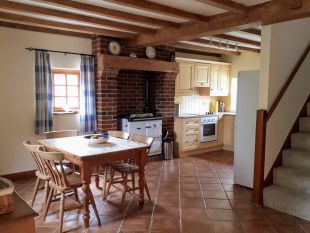 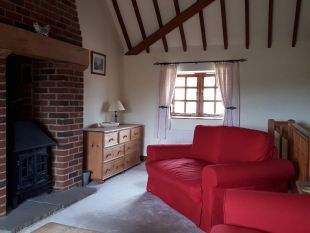 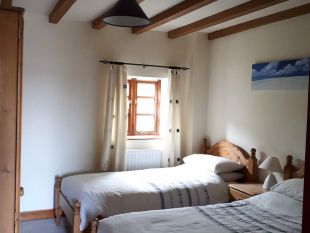 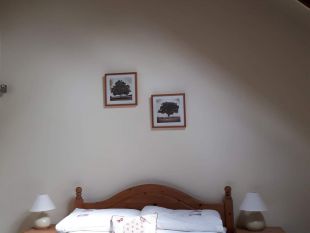 Cottages
BLUEGATE FARM HOLIDAY COTTAGES
Bluegate Farm, Stanbridge, Leighton Buzzard, Bedfordshire, LU7 9JD
From £420.00 - £550.00 per week
2 Units sleep 4-6+Cot
Our cottages have been beautifully converted from a barn, on a working farm, to a very high standard and very well-equipped with gas central heating throughout. They are 2-storey, sleeping 4-6 people, one double room, one twin room and a sofa b...
01525 210621
beecburyfarms@btinternet.com

Museum
306TH BOMBARDMENT GROUP MUSEUM
Bedford Autodrome, Thurleigh Airfield Business Park, MK44 2YP
A visit to the museum will transport you back in time with many fascinating themed displays. The large collection of 306th memorabilia includes the famous Norden Bomb Site, and the first Medal of Honour awarded to an enlisted man. There are displa...
01234 708715
306museum@nscmh.fsnet.co.uk
MORE INFORMATION 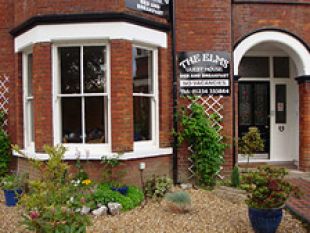 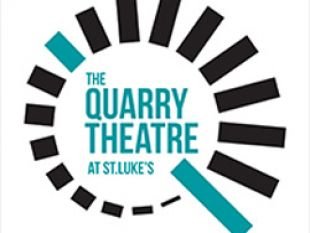 Theatres, Cinemas & Concert Venues
THE QUARRY THEATRE AT ST. LUKES
26 St. Peters Street, Bedford, MK40 2NN
Formerly known as Bedford School Theatre, The Quarry Theatre at St. Lukes has been revamped to bring you something that promises to be even bigger and better, with a new name and a new venue but still featuring an array of amazing shows and concer...
01234 362 335 or 01234 362 269
quarrytheatre@bedfordschool.org.uk
MORE INFORMATION 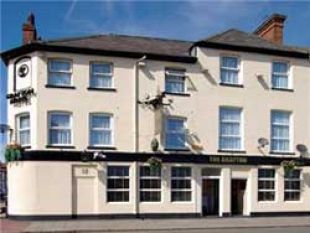 Guest House
THE GRAFTON HOTEL
141 Midland Road, Bedford, Bedfordshire, MK40 1DN
From £35.00 per person, per night
16 Rooms
The Grafton Hotel is a friendly establishment, perfect for visiting contractors to stay at. Our public house is open from 12noon-11pm and offers daily bar meals. 16 rooms provide a variety of double, twin and single options. All are to a high stan...
01234 359294
thegrafton@hotmail.co.uk
MORE INFORMATION

Stately Homes & Gardens
WREST PARK GARDENS
Silsoe, Bedfordshire, MK45 4HS
Within the 90 acres of wonderful gardens are the Great Garden, the exquisite and intricate French Garden, with statues and fountains. Wandering through woods and along canals, you come upon charming garden buildings and follies, the Mithraic Altar...
01525 860152
customers@english-heritage.org.uk
MORE INFORMATION 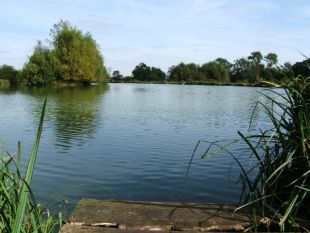 Angling
LAKESIDE FARM FISHERY
Wing, Leighton Buzzard, Bedfordshire, LU7 0LF
Lakeside Farm Fishery offers 2 lakes and a lodge for anglers. The coarse lake is 2 acres and runs to a maximum depth of 14 feet. The second lake is 2 and a half acres and is stocked with tench, roach, chubb, ide and crucian carp. It is a mix...
01296 682201
MORE INFORMATION 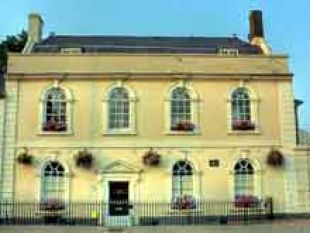 Stately Homes & Gardens
PRIORY HOUSE
33 High Street South, Dunstable, Bedfordshire, LU6 3RZ
Enjoy an ambience created over 800 years, in the Undercroft of our Tea Room, with a light lunch and sumptuous refreshments. Why not try our speciality afternoon tea, with homemade delicacies, including our own range of Dunstable Teas? Discover the...
01582 891420
prioryhouse@dunstable.gov.uk
MORE INFORMATION