Let us help you plan your ideal vacation in County Armagh...

It's an apple growing area, famous for Bramleys, and shares its fruit-growing heritage with the people of Worcestershire in England. It you catch the county in May, the orchards are alive with blossom.

To the north lie the shores of Lough Neagh, the largest freshwater lake in Northern Ireland, and perhaps the largest in the UK. Its 20 miles long and nine miles wide, very shallow around the edges and at its deepest its only about 80ft. It's picturesque for artists and those wanting to picnic with coloured boats moored along its edges. It's a great place for most watersports but can get rough very quickly. Eels are a local delicacy, and eels from the lough are caught and sold to restaurants all over the world. There is a Discovery Centre in the Oxford Island Nature Reserve.
The city of Armagh is the spiritual capital of Ireland and is where St Patrick built his own church. This can no longer be seen, in its place was built St Patrick's Cathedral and a second twin-spired Catholic Cathedral lies on the opposite hill. The Saint Patrick's Trian Visitor complex is worth seeing by all the family.

There is also a modern Planetarium in the grounds of the 18th century Armagh Observatory. For the literary Armagh's public library on Abbey Street has a special collection of 17th and 18th century English books, including a first edition of 'Gulliver's Travels'. It is an attractive city for visitors with many fine Georgian buildings to wander past.

Navan Fort, once the seat of the Kings of Ulster is about two miles away set in the Irish lush countryside, it's now a tree ringed grass mound. A modern visitor centre tells the story detailing all the mythology and the techniques used to discover the fort.
There are many places of interest to visit and the county plays host to many fine National Trust Properties including Ardress House, the Argory and Derrymore House. Very much worth looking at is Gosford Forest Parket, Markethill, it has a mock-Norman Castle in its own extensive grounds, there are also rare breeds of livestock and a deer park, Arboretum, walled garden, two raths and a nature trail.

Travelling around the middle and west of the county you will notice the small rounded hills which are a geological feature called drumlins and gradually you will find that the scenic land rises up to the Carrigatuke, Lislea and Camough mountains. Slieve Gullion is the highest point in the South in an area of Outstanding Natural Beauty. 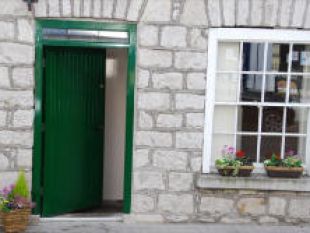 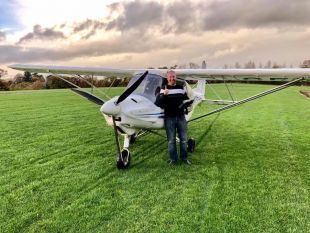 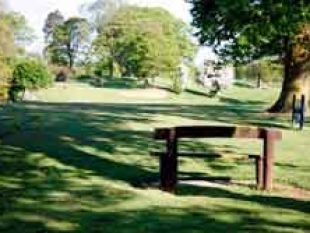