Let us help you plan your ideal vacation in Gloucestershire...

Gloucester is a tapestry of the old and the new, with timber-framed buildings and their modern next-door neighbours vying for the attention of an increasing number of tourists.

What started life as a small settlement in the Iron Age on an important crossing point of the mighty River Severn is now a commercial heartland complete with shopping complexes and urban entertainment. Yet still it clings valiantly to an historic heritage thanks in large part to its remarkable cathedral and a dockside that has been carefully developed to seduce an army of knowledge-hungry visitors.

In addition, the area has an extra ingredient - surroundings that involved unchanging tracts of sumptuous countryside harking back to the days of shire horses, flower-filled meadows and fiery Sunday sermons.

To the north lie the rolling hills of the Cotswolds while southwest is the wild, isolated Forest of Dean, a one-time royal hunting ground that became England's first National Forest Park as far back as 1938.

The Romans were the first 'modern' people to understand the importance of Gloucester's location, creating a garrison town from which they could mount attacks on Wales. Over time the Severn became a busy trade route and transformed Gloucester into a prosperous port until it was overshadowed by the growth of nearby Bristol.

The city's once-busy Victorian dockyards house some of the region's leading museums, notably the National Waterways Museum and the Regiments of Gloucester Museum. Gloucester's stunning cathedral began as a Saxon abbey before Benedictine monks built a church in the 11th century.

Other attractions include a number of historic churches, including the medieval parish church of St. Mary de Crypt.
A few miles north of the city is Tewkesbury, which boasts a fine collection of medieval, timber-framed houses, picturesque Georgian properties and an 11th century abbey famous for its huge Norman tower and vaulted ceiling.

South of Gloucester, between the rivers Wye and Severn, lie the 35 square miles of the Forest of Dean. During the Middle Ages it was used by royal hunting parties in pursuit of deer and wild boar. Steeped in tradition, it is still governed by a Verderer's Court which meets every 40 days in the town of Coleford.

The area has been subjected to mining since prehistory and still contains deposits of iron and coal beneath its fertile soil. Nevertheless, it boasts thousands of paths and a number of tourist hotspots, chief of which are the dramatic Clearwell Cave.

The forest's history is fully illustrated at Soudley's The Dean Heritage Museum. A big draw hereabouts is the Dean Forest Railway based at the Norchard Steam Centre where a museum and a complete railway station pulls in the crowds.

Across the Severn Estuary is the famous Slimbridge Wildfowl Trust. Set by the naturalist Sir Peter Scott in 1946 it is one of Britain's leading bird centres. 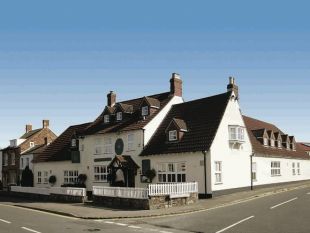 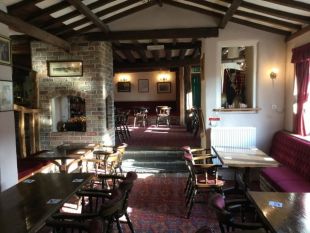 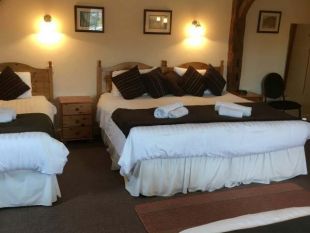 Theatre • Concert Hall
THE ROSES THEATRE
Sun Street, Tewkesbury, Gloucester, GL20 5NX
The Roses is a busy and popular arts centre in Tewkesbury with an eclectic programme of live events, take part activities, exhibitions and festivals. Complete with an exciting film programme of world, independent and UK film, The Roses is a divers...
01684 295074
boxo@rosestheatre.org
MORE INFORMATION 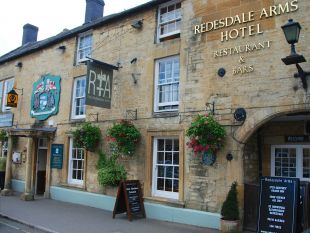 Hotel
REDESDALE ARMS HOTEL
High Street, Moreton-in-Marsh, Gloucestershire, GL56 0AW
From £65.00 per room
32 Rooms including Family and Twins - All En-suite
The Redesdale Arms is a 3 Star rated hotel providing accommodation in Moreton in Marsh, Gloucestershire. Dating back to the 17th Century the hotel is the perfect blend of traditional concepts with modern comforts. The hotel sits in the heart of...
01608 650308
info@redesdalearms.com
MORE INFORMATION 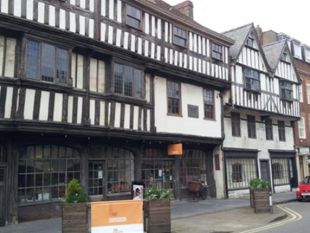 Museums & Galleries
GLOUCESTER FOLK MUSEUM
99-103 Westgate Street, Gloucester, GL1 2PG
A fascinating look at the social history, crafts, trades and industries of the City and County of Gloucester from 16th century maces to 'groovy gadgets' of the 20th century! There's a regular programme of exhibitions and wide range of schools work...
01452 396868
museums@gloucester.gov.uk 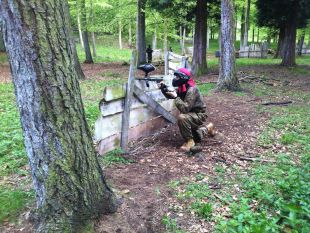 Paintballing
COTSWOLD PAINTBALLING
Moreton-In-Marsh
Based in the magnificent Cotswolds area, the ideal location for a day out with your friends or enemies! We have towers and for the very energetic we have an 80ft deep valley, which is absolutely fantastic.
07836 657397
info@cotswoldpaintballing.com
MORE INFORMATION B&B
THE LAWNS
Station Road, Bourton-on-the-Water, Gloucestershire, GL54 2ER
From £75.00 per room, per night
2 Double, 1 Family/Twin - All En-suite
A warm welcome awaits you at The Lawns Bed & Breakfast a traditional Cotswold Stone house built in the 80's. Set in the idyllic Cotswold village of Bourton-on-the-Water we are only an 8 minute walk away from the picturesque village centre. We prid...
01451 821195
info@cotswoldbedandbreakfast.net
MORE INFORMATION Barn Conversions • Cottages
OLD MILL FARM COTTAGES
Poole Keynes, Cirencester, GL7 6ED
From £230 - £930 per week
4 Units sleep 2-7
Four comfortable barn conversions with Cotswold stone pillars and beams, well equipped and retaining much of their original character. Situated in a tranquil rural setting on the banks of the river Thames at the end of a private drive.
01285 771377
oldmillcottages@outlook.com
MORE INFORMATION 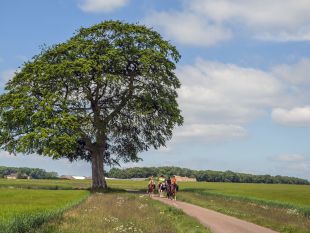 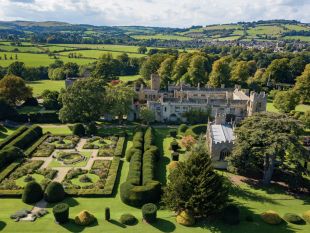 Castles & Historic Monuments
SUDELEY CASTLE
Winchcombe, Cheltenham, Gloucestershire, GL54 5JD
Award-winning gardens and medieval ruins surround Sudeley Castle, which is in the Cotswolds. Sudeley has played host to many royal figures throughout history and is the only English Castle where a Queen lies buried.
01242 604244
enquiries@sudeley.org.uk
MORE INFORMATION