Let us help you plan your ideal vacation in Sussex...

It may lie close to the clamour of London but this south coast region is a tourism jewel, having retained much of its rural character whilst offering a sublime combination of tranquil beauty and all-round interest.

Sussex is a place of traditional seaside resorts with piers and beach-huts, age-old castles, Roman relics, half-timbered villages and swathes of languorous countryside.

It's a paradise for walkers, cyclists, water-sport enthusiasts and fans of the world's most famous honey-loving bear, Winnie the Pooh.

While most tourists target the region's leading holiday towns such as Brighton, Eastbourne and Worthing, others prefer to take in the outstanding beauty of areas like the South Downs, the historic harbour at Chichester and the unique High Weald, which has the highest proportion of ancient woodlands in the country.

The most hair-raising spot is atop Beachy Head - part of the 'Seven Sisters' hills - where the view is guaranteed to take your breath away.

Sussex is divided into two distinct territories - East and West Sussex which, together with Brighton & Hove, are governed by separate local authorities.

Much of the region's modern success is can be put down to an 18th century doctor, Richard Russell, whose faith in the health-giving properties of sea-air and brine-bathing persuaded London socialites to travel to the small fishing village of Brightelmstone. The Prince Regent (later George IV) was so impressed he even built himself a grand villa here.

Once the railways had opened up the county, thousands of lesser mortals turned up to taste the benefits of the seaside. The village became Brighton, a king's villa became the eccentric Brighton Pavilion, and the sumptuous Sussex coast was transformed.

It was the Romans who first subdued native tribes when they invaded in the 1st century AD, building numerous villas and temples. A strategic Roman road ran from Chichester to London.

The Anglo Saxon Chronicles describe how the Saxons then conquered Sussex in 477 AD, landing at Selsey Bill between Chichester and Bognor Regis. Their leader, Aelle, founded the kingdom of the South Saxons; burial sites exist on the South Downs.

In 1066 the region famously hosted the Battle of Hastings when King Harold was defeated by the Norman William the Conqueror. It happened a few miles east of Hastings at what is now called 'Battle'.

Over the centuries Sussex has courted a variety of trades, from salt panning and glass making to weaving and sheep farming, but it was best known for fishing and the smelting and forging of local iron ore. England's first-ever cannon was produced at Buxted.

While this industry caused the destruction of vast forests, it had no effect on the building of castles. Three of the most important in Sussex - at Lewes, Bramber and Arundel - were designed to guard routes leading north from the coast. Arundel - seat of the Earls of Arundel - is arguably the most magnificent fortress in the region.

Pevensey Castle, built by the Romans, and Norman Hastings Castle are atmospheric ruins. The moated 14th century castle of Bodiam is the most romantic of its kind in Britain while Herstmonceux Castle, which dates to the 15th century, was one of the earliest brick buildings in England.

Petworth House stands in grounds laid out by 'Capability' Brown and was a popular haunt of the painter J.M.W.Turner. Goodwood Park contains glorious Goodwood House and the famous Goodwood racecourse.

A must-see is Ashdown Forest, the setting for A. A. Milne's tales of the world-famous bear Winnie the Pooh. Milne owned Cotchford Farm at Hartfield and wrote the children's stories for his son, Christopher Robin Milne. The forest inspired many of the scenes found in the Pooh books, ranging from 'Poohsticks Bridge' and 'Roo's Sandpit' to 'The Heffalump Trap' and the 'Hundred Acre Wood'.

Another writer, Rudyard Kipling, lived at Burwash, near Lewes. The French-born poet Hilaire Belloc lived in the eight-sided Shipley 'smock' mill, near Findon. The sculptor Eric Gill resided in the picturesque Downs village of Ditchling while the novelist Henry James lived at Lamb House in the elegant former port of Rye.

Major attractions in Sussex include Butlins at Bognor Regis and the 'theme' parks of Paradise Park at Newhaven and Harbour Park at Littlehampton, set out to look like a 'New England' fishing village. There are museums aplenty covering history, transport and the area's industrial heritage, not to mention steam railways and a host of remarkable gardens.
For military enthusiasts, the Eastbourne Redoubt was built in the early 19th century to support Martello Towers designed to thwart Napoleon. It is now home to the largest military museum in the south east.

Water is a major feature of Sussex which still has a number of working harbours. Places such as Chichester, Rye and Hastings are perfect for sailing and other water-based activities. Hastings (so-called 'birthplace of TV' thanks to experiments conducted here by John Logie Baird) still has ancient, tall wooden sheds used for drying fishing nets since the 16th century. Chichester - county town of West Sussex - boasts a 12th century cathedral and a harbour devoted to leisure boating.

Equally important is Lewes, the county town of East Sussex lying on the River Ouse. It possesses a rare Georgian elegance and is dominated by the keep of its 12th century hilltop castle. 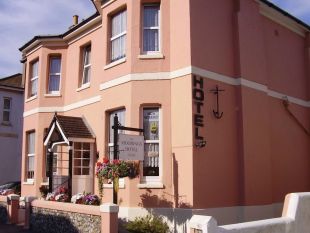 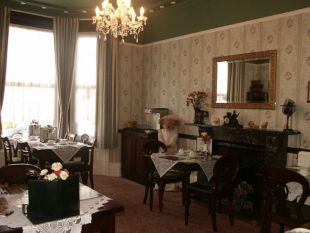 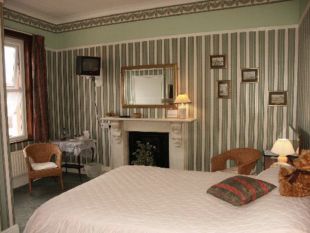 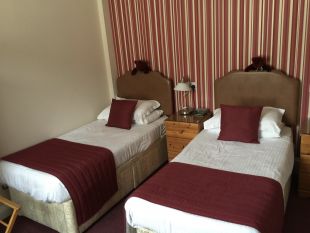 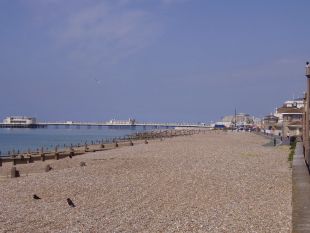 Automobile Association
Hotel
THE MOORINGS
4 Selden Road, Worthing, West Sussex, BN11 2LL
From £50.00 per person, per night
2 Double, 1 Family, 1 Twin, 1 Single, 1 King size - All En-suite
You can be assured of a warm and friendly welcome at this tastefully decorated Victoria Villa. Sarah and Colin will make your stay in this family home as relaxed and enjoyable as possible. All rooms have en-suite and TV. Free street parki...
01903 208882
themooringsworthing@hotmail.co.uk
MORE INFORMATION Cottage
THE LITTLE BARN
Newells Farm, Newells Lane, Lower Beeding, Horsham, West Sussex, RH13 6LN
From £600.00 - £900.00 per week
1 Unit sleeps 6
The Little Barn is a single storey self-catering cottage on a 650-acre arable and woodland farm in the heart of the Sussex Weald, converted in 2000 from attractive brick farm buildings. It has its own fenced garden and provides comfortable acco...
01403 891326
vicky.storey@btinternet.com
MORE INFORMATION CAMPSITE
THE WHITE HOUSE CAMPSITE
Sheep Pen Lane, Newham Lane, Steyning, West Sussex, BN44 3LR
Pitches
A beautiful little site situated on the downs with lovely views across Steyning and the south downs. Very well kept grassy areas, some with electric hookups. Just up the road, is an entrance to the woods, with walks on the upper and lower horse...
01903 813737
adampierre@yahoo.com 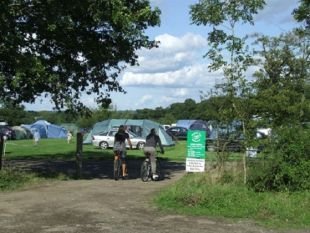 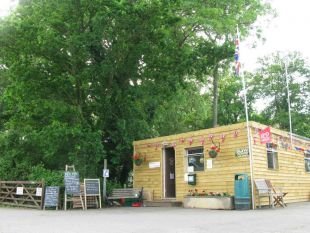 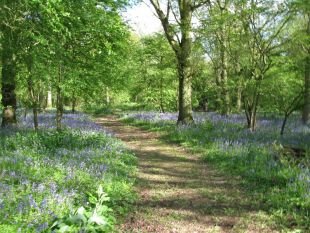 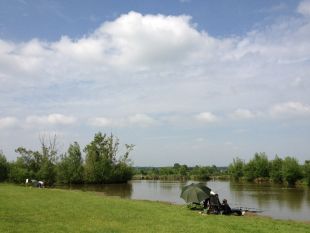 Motorhomes, Tents & Caravans, Fishing
BLACKLANDS FARM CARAVAN AND CAMPING
Wheatsheaf Road, Henfield, BN5 9AT
Tents from £9.00, Vans from £12.00 per night
75 Pitches
The perfect opportunity to get away from it all in a picturesque countryside environment, Blacklands Farm Caravan and Camping in the heart of Sussex. Set in oak enclosed meadows, backed by scenic lakes and family run, the campsite is focused on th...
01273 493528
blacklandsfarm@gmail.com
MORE INFORMATION COTTAGE
THE OLD DAIRY
Newells Farm, Newells Lane, Lower Beeding, Horsham, West Sussex, RH13 6LN
From £600.00 - £900.00 per week
1 Unit sleeps 6
The Old Dairy is a single storey self-catering cottage on a 650-acre arable and woodland farm in the heart of the Sussex Weald, converted in 2000 from attractive brick farm buildings. It has its own fenced garden and provides comfortable accomm...
01403 891326
vicky.storey@btinternet.com
MORE INFORMATION 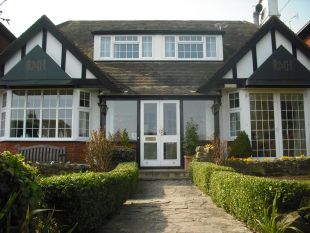 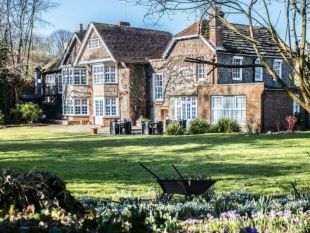 County House Hotel
FINDON MANOR
High Street, Findon, Worthing, West Sussex, BN14 0TA
From £60.00 per room
11 En-suite
Findon Manor is a friendly beautiful English country house, situated on the edge of the South Downs National Park. All of our 11 bedroom suites are individually decorated to a high standard, 5 of which have four poster beds and 2 have Jacuzzi's...
01903 872733
hotel@findonmanor.com
MORE INFORMATION 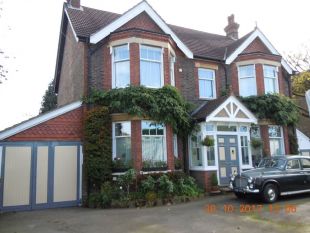