Let us help you plan your ideal vacation in Kent...

It's a simple matter to cross over to Europe from Kent, so it's no wonder that Britain's prime fruit-growing region has attracted invaders heading in the opposite direction for many centuries. Julius Caesar landed here in 55 BC. The Saxons, led by Hengist and Horsa, arrived in the 5th century. St Augustine and his missionaries disembarked in 597. And a few hundred years later it was the turn of the Vikings.

This land of rolling hills, wooded valleys, vineyards, windmills, orchards, oasthouses, castles, gardens and stately piles offers visitors not just the chance to get away from the stress of daily life but also to travel through time to re-evaluate England's remarkable past.

Astonishingly, Kent has more castles, stately homes and gardens open to the public than any other region. And with a coastline studded with sandy bays it is not merely home to the timeless White Cliffs of Dover but also to two towering cathedrals at Canterbury and Rochester. They have each stood for more than a millennium.

Jutting out of the British Isles in the south east, Kent is a county of mysterious marshes and breathtaking countryside alongside medieval towns and idyllic seaside resorts. Hard to believe that it is just a stone's throw from London. The Romans built elaborate villas and centrally-heated public baths here, leaving the county with fascinating ruins as well as one of its most famous arrow-straight roads, Watling Street, which is still in use.

Kent has seen much great naval activity and you can discover over 400 years of maritime history at the Historic Dockyard at Chatham which was established by Henry VIII. Both Sir Francis Drake and Admiral Sir John Hawkins lived and worked in Chatham while a certain young man named Nelson began his illustrious naval career here.

The coastline is dotted with defensive structures, from castles to early 19th century Martello towers (circular gun forts designed to thwart Napoleon) and in the south are the Cinque Ports, set up in the 11th century to provide the bulk of the English navy's ships in exchange for trading privileges.

One of the Home Counties, Kent is a chief fruit-growing area, though vineyards flourished here long before the famous hop gardens and orchards earned the county the title ‘Garden of England'. The Pilgrim's Way footpath follows the long ridge of the North Downs which cross the north of the county.

In the south, sheltered by the Downs, lies the Weald, famous for pretty little towns and villages, hop gardens, oasthouses, cosily-welcoming pubs and the stark, cattle-grazing areas of Romney Marsh.

Kent is a ‘first class' cricket county and has the distinction of having played (against Surrey) in the earliest county cricket match on record – in 1709. It is also the location of one of motor racing's best-loved circuits, Brand's Hatch, near Lamberhurst, while Bewl Water is a nationally important water sports and angling centre. Touring this county takes the tourist over a landscape encompassing both the ancient and the modern. The historic spa town of Royal Tunbridge Wells, for example, was one of the most fashionable places to stay in the 18th century.

Meanwhile, the National Trust runs properties as diverse as Chartwell, former home of Sir Winston Churchill, and Tenterden known as the "Jewel of the Weald". In the County Town of Maidstone you will find the Maidstone Museum and Bentlif Art Gallery containing the remains of the town's oldest resident, a skeletal iguanodon.

Castles include Tonbridge Castle, Hever Castle, the world-famous Leeds Castle – which rises from two small islands in a lake surrounded by parkland – and the ruins of the moated Scotney Castle, which has one of Britain's most romantic gardens.

Although history is all around – Faversham, for example, was visited by both Elizabeth I and Charles II while Henry VIII honeymooned with Anne Boleyn at Shurland Hall on the Isle of Sheppey – all the main towns have distinctive flavours due not simply to their inherited past but also to modern shops, eateries, pubs and mainstream attractions. Not bad, you might think, for a county with the oldest documented place name in the British Isles. 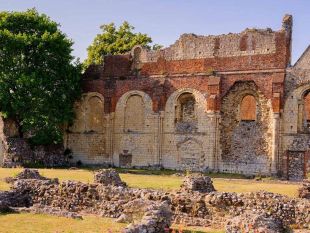 Abbey
ST. AUGUSTINES ABBEY
Longport, Canterbury, Kent, CT1 1TF
Founded in 598AD by St Augustine, this Abbey is at the very roots of Christianity in England and has been a monastic site for almost a thousand years. The admission price includes an interactive audio tour of the ruins, available in several langua...
01227 767345
paul.gale@english-heritage.org.uk
MORE INFORMATION 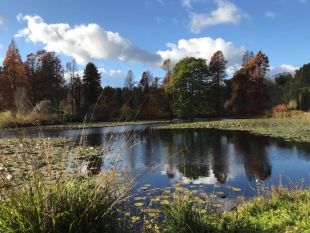 Tourist Attraction
BEDGEBURY NATIONAL PINETUM & FOREST
Bedgebury Road, Goudhurst, Kent, TN17 2SJ
Bedgebury is the perfect place for cycling, walking, riding and playing in a spectacular world of trees. The National Pinetum is a world-class collection of dramatic conifers and a beautiful setting for a country walk in all seasons. The two...
01580 879820
bedgebury@forestry.gsi.gov.uk
MORE INFORMATION 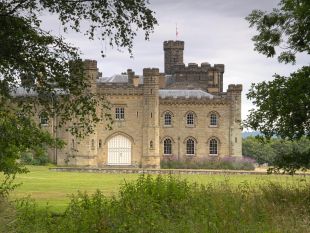 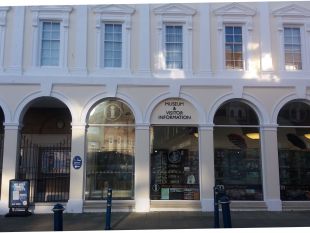 Museum
DOVER MUSEUM
Market Square, Dover, Kent, CT16 1PH
Dover Museum is one of the districts largest museums and has a fine collection of genuine artefacts and models. Covering the history of Dover from the ancient Celts, through the Roman Invasion, up to and beyond World War II. There is a collecti...
01304 201066
museumenquiries@dover.gov.uk
MORE INFORMATION 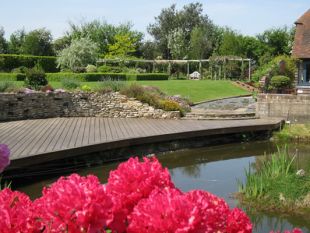 Museums & Galleries / Tourist Attractions
THE SHIPWRECK MUSEUM
Rock A Nore Road, Hastings, East Sussex, TN34 3DW
This award winning museum is devoted to the history of wrecked ships. Hastings has one of the richest displays of shipwrecks at low tide in Europe. An exciting audio-visual presentation tells the story of the ships featured in the display. Thes...
01424 437452
info@shipwreckmuseum.co.uk
MORE INFORMATION 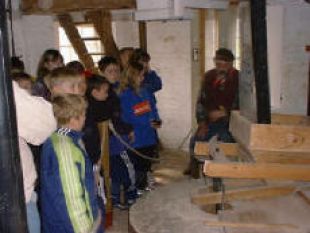 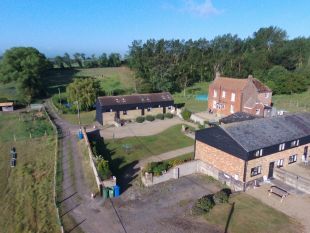 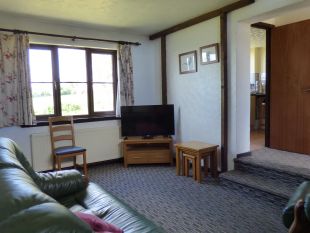 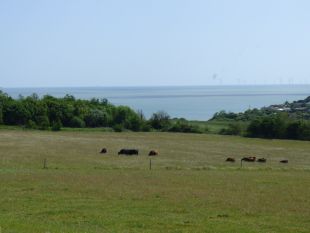 Cottage
CONNETTS FARM HOLIDAY COTTAGES
Connetts Farm, Plough Road, Eastchurch, Sheerness, Kent, ME12 4JL
Prices from £380.00 for the South barn and £500.00 for the North barn
6 Cottages sleeping from 1- 6 persons + Cot, maximum number of guests in both barns, 24 + Cot
Connetts Farm Holiday Cottages are situated in a rural, coastal position giving cliff top views over farmland and the sea, one mile from the village of Eastchurch. The property in total, includes our farmhouse 13 acres of land and a selection o...
01795 880358
connetts@btconnect.com
MORE INFORMATION