Let us help you plan your ideal vacation in Lincolnshire...

Covering more than 2,000 square miles, Lincolnshire is one of Britain's biggest counties, and it stands out as the one with the biggest skies!

In fact, the first thing a stranger notices on arrival in this unique region of open panoramas is that the heavens seem to go on forever, a daunting prospect for anyone more accustomed to hills and dales. It comes down to the simple fact that, for the most part, Lincolnshire, with its endless possibilities for walking and cycling, is relentlessly flat, its horizons spotted with grain silos, church spires and windmills.

The only natural highpoints can be found in the Wolds, a range of chalk hills to the east, and in the city of Lincoln itself, which rises haughtily atop a limestone escarpment above a seemingly endless plain. Approaching this historic city on a misty morning is a surreal experience.

Like the rest of East Anglia, the county exudes a sense of isolation, with the North Sea holding it back in the east, the Wash restraining it in the south and the Humber acting as its northern border. Yet this region of peat-rich soil, criss-crossed by canals, drainage ditches and rivers such as the Lymm and the Witham, is Britain's most important vegetable garden.

Farmers here grow everything from the humble carrot to the classy asparagus, not to mention a staggering number of flowers. The county grows half of Britain's bulbs while Spalding - also known as 'Tulip Land' - comes alive in spring when its fields look more like multi-coloured oil paintings.

The county's roots date back beyond the Romans who vanquished a British tribe known as the Coritani. In the 9th century the county was divided into 'wapentakes' by the Vikings who gave many of the towns Scandinavian-style names.

It became strategically critical during the Second World War when numerous RAF squadrons - including the Dambusters - flew from its airfields to attack Germany. Many of these, along with several important aviation museums, today draw crowds anxious to hear the full story of this turbulent time. On display are famous planes such as Spitfires and Lancaster bombers.

The county's rolling countryside extends to the coast, which boasts long, sweeping, often wild beaches around popular seaside resorts such as Cleethorpes, Skegness, Mablethorpe and Sutton-on-Sea, all favourites of the Victorians.

The fertile, low-lying Fens around The Wash are the result of a centuries-long battle to hold back the tide. In the 17th century a Dutchman, Cornelius Vermuyden, succeeded in draining this watery landscape only to see it sink below sea level. Today it is a magical mixture of picture-postcard villages and reclaimed tranquillity, providing a unique habitat for creatures such as the otter.

Although the county hosts a large number of traditional markets, there are few towns of any great size. The most notable are Grimsby, whose museums celebrate the North Sea fishing industry, and the 'capital' Lincoln, famous for its fabulous, triple-towered cathedral, the third largest in the country after St Paul's and York Minster. This is a masterpiece of the medieval age, rising up to 365 feet and boasting a curious variety of architectural styles. Within is one of only four copies of the Magna Carta.

Here the visitor will also find the remains of a castle built by William the Conqueror and in the cathedral's Gothic arches can be seen the 'Lincoln Imp', a stone gargoyle in the form of a cross-legged devil.

By the time of the Norman Conquest, Lincoln was one of Britain's largest cities with a formidable military base and a booming trade in wool (hence 'Lincoln Green', as worn by none other than Robin Hood!). Today it is a combination of ancient and modern; Uphill's narrow cobbled streets and the only Roman arch still used by traffic contrast with a 21st century shopping experience.

A little south, in the Lincolnshire Vales, are scores of pretty villages, historic buildings and lavish country houses set amidst beautiful, rolling countryside. Both the scientist Sir Isaac Newton and the former Prime Minister Margaret Thatcher grew up here under expansive, freedom-loving skies.

If any of these attractive features lures you to Lincolnshire there is one more thing you should know. The pub grub in this part of Britain has few equals! 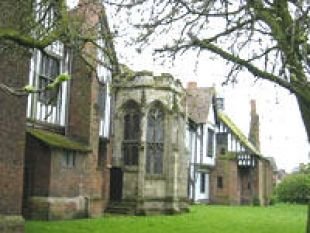 Museums & Galleries
GAINSBOROUGH OLD HALL
Parnell Street, Gainsborough, Lincolnshire, DN21 2NB
One of the hidden gems of Lincolnshire. Over 500 years old it is one of the best preserved medieval manor houses in the country. Room settings provide impressions of life past and free audio guides give a fascinating insight into the hall an...
01522 782040
gainsborougholdhall@lincolnshire.gov.uk
MORE INFORMATION 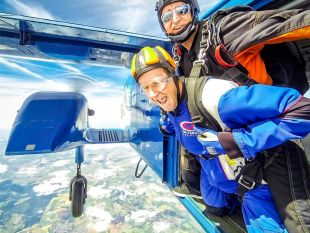 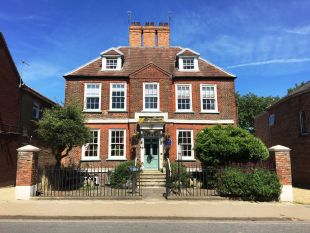 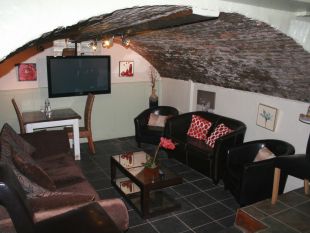 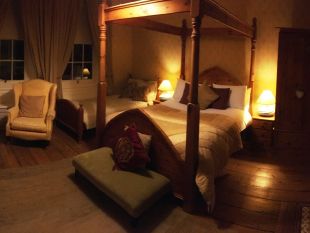 Hotel
MANSION HOUSE HOTEL
45 High Street, Holbeach, Spalding, Lincolnshire, PE12 7DY
From £65.00 per room, per night
6 Double/Single, 3 Family/Twin, 2 Bridal Suites - All En-suite
The Mansion House Hotel is best known as the birthplace of Sir Norman Angel, the 1933 Nobel Peace Prize Winner who was born in the house in 1872. This historic building offers high-class accommodation and bistro bar. Rooms have their own unique...
01406 426919
Rickerby3@aol.com
MORE INFORMATION 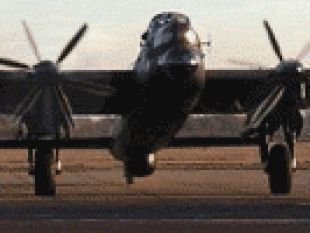 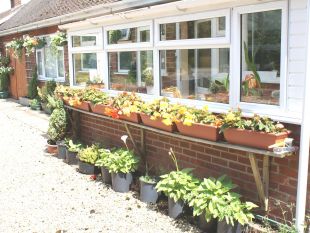 B&B
CASTLE LODGE
11 Sleaford Road, Tattershall, Lincolnshire, LN4 4LR
From £75.00 per room. Single Occ, from £45.00
1 Twin, 1 Family, 1 King-size (En-suite available)
A very comfortable and spacious accommodation, our rooms feature Freeview TV and a generous hospitality tray - a selection of hot drinks, biscuits, and bottled water. A variety of birds and wildlife can be seen in the garden whilst you enjoy ou...
01526 343293
bookings@castlelodge.net
MORE INFORMATION 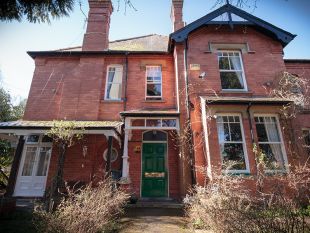 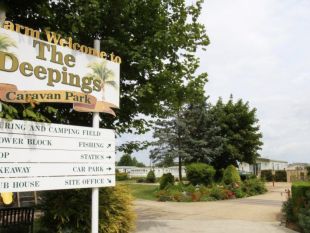 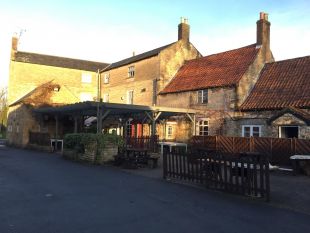 Hotel
GEORGE HOTEL
High Street, Leadenham, Lincoln, LN5 0PN
Single £50.00, Twin/Double £60.00, Family £72.00 per room
2 Double/Family, 1 Twin, 1 Double - All En-suite
A family run old coaching inn situated off the A17, 10 minutes drive to Lincoln. The George is renowned for its well stocked bar - a whisky drinkers delight, with over 688 varieties of whisky and drinks from around the world! All rooms are en-s...
01400 272251
thegeorge.hotel@btconnect.com
MORE INFORMATION