Let us help you plan your ideal vacation in Derbyshire...

While the north of Derbyshire is dominated by Britain's first national park in the Peak District, the southern reaches are not only characterised by farms, picturesque villages and old fashioned inns but also memories of a sometimes dark yet prosperous past.

The Peak District National Park, in the northern half, offers an unbeatably photogenic terrain that holds a rare appeal for the casual sightseeing motorist, the horseman, cyclists and battle-hardened ramblers. It has tranquil, sheep-grazed dales and harsh, rock-strutting peaks while numerous historic houses and butter-coloured farmsteads beckon you across hissing brooks and meadows strewn with wild flowers.

Yet this is only part of the story of a locale filled with the remnants of ancient industry, a jigsaw of dry-stone walls, wide, awe-inspiring vistas and an unyielding sense of longevity. Surprisingly, this county has more historic National Trust properties than anywhere else in the country.

Within the 500-or-so square miles of the Peaks, which is richly blessed with wildlife and distinctive flora, you will come across places such as Castleton, famous for its fabulous caves; the ever-courteous county town of Matlock, Matlock Bath with its exciting Heights of Abraham and fascinating museums; Eyam, one of the best preserved villages in the Peaks which is celebrated as the 'plague village' after its population went into voluntary quarantine in 1665 as the Black Death swept north from London; and Buxton, an old spa town with one of the country's finest Georgian crescents.

You will certainly wish to visit beautiful Dovedale and the Manifold Valley to seek out unspoiled villages, gently-sipping streams and stress-free scenery. And don't miss the delightful Goyt Valley, Carsington Water or Edale, the start of Britain's best-known long distance footpath, the 250-mile Pennine Way.

History buffs should take a look at Arbor Low near Middleton-by-Youlgreave. This is an enigmatic stone circle and henge thought to have been built around 4,000BC. It stands 250 feet across and must have possessed great power in pre-history.

The so-called High Peak, in the north, is a place of rugged millstone grit with heather moorlands. Kinder Scout is the highest point while Mam Tor - the 'shivering mountain' - is the Dark Peak and the start of the Pennine Way. Close by are towns such as Glossop and Chapel-en-le-Frith. This higher land is a natural playground for climbers and cavers, though other sports such as hang-gliding, paragliding and microliting have taken off, so to speak, more recently. Shining Tor, Stanage Edge, near Hathersage, and the Roaches are among the most popular places for such pursuits.

The Derbyshire Dales are further south and include The White Peak and the Hope Valley, a riotously varied landscape of gorges, cliffs, caves, pure-water streams and idyllic hamlets with duck ponds and tourist-friendly manor houses.

The Baroque mansion Chatsworth House, near Bakewell, is certainly the most famous stately home in the Peaks. Known locally as the Palace of the Peak , it was built in the late 17th century to replace an earlier house created by Bess of Hardwick. Its luxuriously grounds were landscaped by none other than Lancelot 'Capability' Brown in 1760.

Among the many lakes and reservoirs in the District are Ladybower on the River Derwent. It was completed in 1945 and involved the sinking of both the villages of Derwent and Ashopton. Earlier it had witnessed the testing by Barnes Wallis of his bouncing dambusting bombs.

History-lovers will certainly wish to visit the many local museums, art galleries and 'working' museums, although some would prefer to head for the Staffordshire Moorlands and its famous theme park, Alton Towers.

An interesting alternative would be a ride on the Churnet Valley Railway, near Leek, followed by a trip along the Caldon Canal on a narrowboat. Or you could take a trip to Hathersage church to see the 10ft long grave of Little John, one of Robin Hood's outlaws. The tomb was apparently opened during the 19th century and a 32-inch thighbone recovered!

You could be forgiven for thinking that south Derbyshire was essentially a place of trains, planes and automobiles, but its role in the industrial life of the British Isles has much greater significance.

The first working factory in the UK was John and Thomas Lombe's Silk Mill established in Derby in 1720. (Factory = large machinery-filled multi-storey building with a large workforce, 300 in this case, with fixed working hours). The idea was copied over 50 years later by Arkwright.

The hub of this 18th century activity was a 15-mile stretch of the River Derwent, where water power and new-fangled mechanisation came together on a large scale for the first time, revolutionising textile production under the ever-watchful guidance of men like Richard Arkwright and Jedediah Strutt. Not only did they build factories but also entire villages, changing forever the relationship between the 'master' and his workforce.

Today this remarkable history is preserved in the Derwent Valley Mills World Heritage Site, which runs from Masson, at Matlock Bath, to Cromford, Belper, Milford and Darley Abbey and Derby.

The bustling city of Derby became the home of Royal Crown Derby porcelain, but even this was to be overshadowed by the manufacture of locomotives and, of course, the name of Rolls-Royce, a company which not only created the world's most celebrated motor car but also aero engines.

Each of these notable industries has its own museum but there are many other places to visit. Among them are the Amber and Erewash valleys which contain, with many other attractions, the impressive Midland Railway Centre and the wondrous Crich Tramway Museum.

Of stately piles, Wingfield Manor is the most notorious – it was here that the ill-fated Mary Queen of Scots plotted to overthrow Queen Elizabeth l. Other houses include Robert Adam's 18th century Kedleston Hall, which boasts the longest male line in Derbyshire, and the intriguing Sudbury Hall, which has a museum devoted to childhood through the ages.

Gothic Elvaston Castle, home of the Earls of Harrington, was designed by James Wyatt. while ruined Dale Abbey dates back to the 13th century.

The jewel in the crown, however, is Calke Abbey, a Baroque-style mansion built in 1701 on top of an Augustinian abbey. Dubbed 'the house that time forgot', it was owned by the bashful Sir Vauncy Harpur-Crewe. He died in 1924 but nothing in the house had been touched for years. When the National Trust took it over in 1989 they found that even a Chinese state bed had never been unpacked.

A swathe of south Derbyshire is now home to the New National Forest where six million trees have been so far been planted. The story of this bold environmental enterprise is told at a series of visitor centres, including the first such centre to be opened at Rosliston.

If you'd rather head for a theme park or a garden, south Derbyshire may well be your dream destination. Lea Gardens, for example, has a unique collection of rhododendrons, azaleas and kalmias from across the world. Hopton Hall, located off B5035, between Ashbourne and Matlock, is renowned for its snowdrops. Snowdrop days are held in February and funds raised are used to help finance restoration of the gardens. 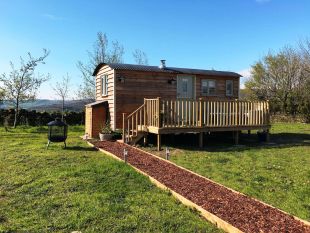 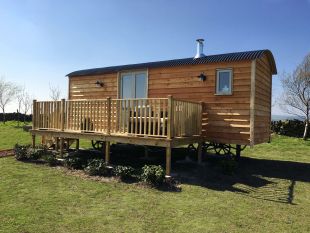 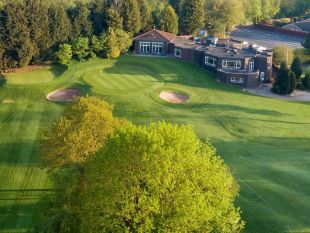 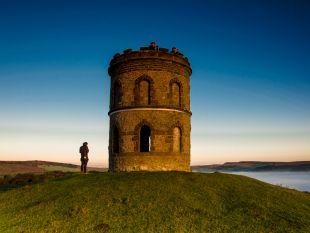 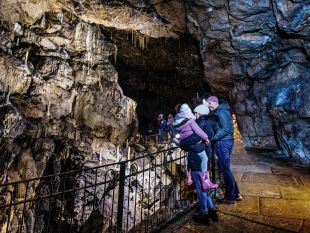 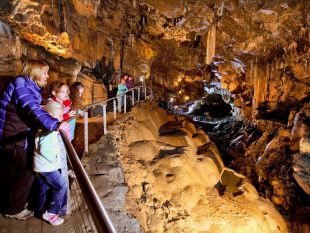 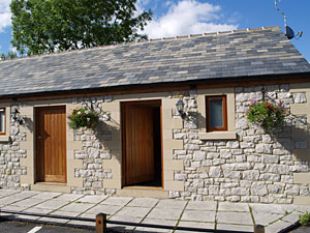 B&B
CHESHIRE MEWS
How Lane, Castleton, Hope Valley, Derbyshire, S33 8WJ
Room Only £65.00
4 Double
Cheshire Mews is located in the centre of Castleton, in the heart of the Derbyshire Peak District offering quality and comfortable accommodation on a 'room only' or bed and breakfast. Rooms are decorated and furnished to a very high standard, all ...
07977 998881
kslack@btconnect.com
MORE INFORMATION 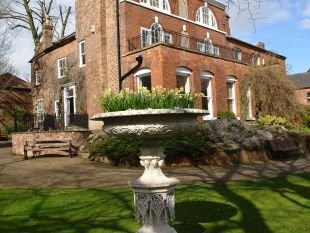 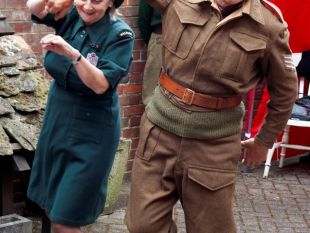 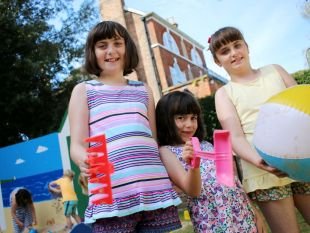 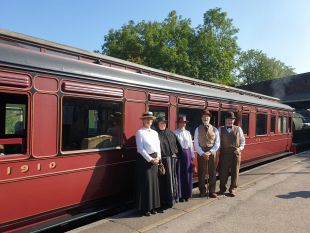 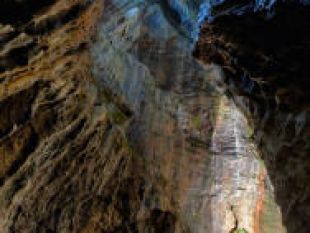 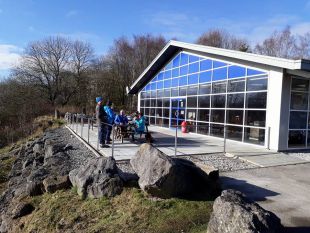 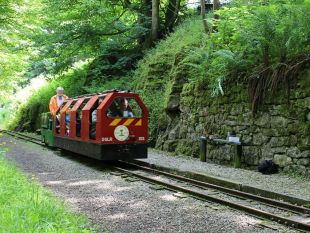