Let us help you plan your ideal vacation in Ayrshire & Arran...

Ayrshire can stir the blood in more ways than one.

With haunting scenery and a battalion of moody castles, it not only gave birth to the poetry of Rabbie Burns but also has Robert the Bruce as its native-born son.

Burns was born in 1759 at Alloway, close to the seaside town of Ayr overlooking the Firth of Clyde, and his cottage is now a focal point for literary pilgrimages. Nearby are museums dedicated to the farm boy who turned into Scotland's national bard.

Scotland's greatest warrior, Robert the Bruce (1274-1329), was born further up the coast at Turnberry Castle. He later called a Scottish parliament that met in 1315 at Ayr's 12th century Church of St John.

Clearly, this beautiful region has had an inspirational effect on its inhabitants down the years and even today boasts a strong sense of history and culture.

Occupying much of the south west of Scotland, it offers a surprisingly varied landscape, with vast swathes of rugged lowland broken by the volcanic plugs of Aisla Craig and Loudoun Hill and the even more dramatic peaks of the magnificent Loch Doon Mountains.

The county's largely unspoiled coastline stretches for 80 miles while its heritage reaches out into mysterious prehistory, with standing stones dating back to Bronze Age. Astonishingly, the region has more than 70 Sites of Special Scientific Interest - half of which relate to geological features.

Modern-day visitors also have more than 40 golf courses from which to choose, including the glorious links at Troon and the fairways of Turnberry, both locations for the Open Championship whose roots were planted at Prestwick in the mid-19th century. The area's sumptuous gardens, ancient fortifications, country parks and picture-postcard villages attract thousands of visitors each year, from walkers and cyclists to sailors, anglers and photographers.

The harbour town of Ayr is particularly popular with horse racing enthusiasts, having a sporting history that goes back to the 16th century. Today's race card includes the Scottish Grand National and the Gold Cup.

Culzean Castle and its country park have been described as the National Trust for Scotland's crown jewels. The structure was designed by Robert Adam in the 18th century and sits atop a cliff near Maybole overlooking the Clyde – just one of many castles and ruins to be found in Ayrshire.

The Isle of Arran is less than an hour from the mainland by ferry but has its own special beauty thanks to a breath-taking coastline and high-rise mountains, which contrast with an otherwise verdant, rolling landscape. On a clear day, visitors can see England, Scotland, Ireland, the Isle of Man and other Hebridean islands from the summit of Arran's highest mountain, 2,866ft Goat Fell. Described as 'Scotland in miniature', the island still feels intimate and distinct. It reputedly provided a safe haven for Scotland's future king, Robert the Bruce, who sought refuge in King's Caves on the west coast and later spun his famous tale of a persistent spider that encouraged him not to give up his fight for Scottish self-rule. 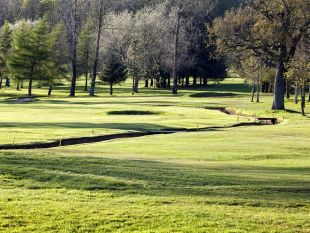 Golf Club
LOUDOUN GOWF CLUB
Galston, Scotland, KA4 8PA
Founded in 1909, Loudoun Gowf course is a flat tree lined parkland golf course situated in the heart of beautiful Ayrshire. 6005 Yds, Par 68, SSS 69. We are the only Gowf Club in the world and Gowf has been played on these fields for over 400 y...
01563 821993
secy@loudoungowfclub.co.uk
MORE INFORMATION 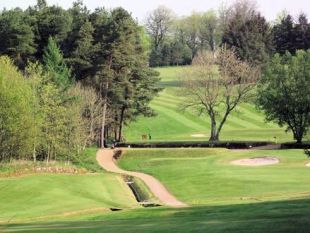