Scotland's fourth largest city and a great choice for a short city-break or touring centre. It's slogan, "City of Discovery" reminds us that it is home to Royal Research Ship Discovery which carried Captain Scott on his first and successful trip to Antarctica. This was the National Antarctic Expedition of 1901 when the ship became trapped in the ice for two years but survived to bring her crew safely home. Built in Dundee, the ship is now berthed back in her home port and open for visitors alongside the award-winning Discovery Point Visitor Centre - www.rrsdiscovery.com

Dundee, as a port, was once famous for its jute importing and processing, an extensive textile industry which helped create the city's wealth. The city's industrial heritage can be explored at Verdant Works - awarded the title of Europe's Top Industrial Museum in 1999.

It was to serve the expanding city's needs for a rail link with Edinburgh, that a bridge was built to carry the line across the River Tay. Unfortunately, the structure was unable to withstand the forces of nature and "on the last Sabbath day of 1879, which will be remember'd for a very long time", disaster struck! The bridge collapsed as a train carrying 90 passengers was travelling across. All lives were lost. 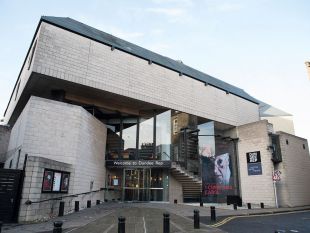