Let us help you plan your ideal vacation in Bristol...

The 21st century face of this vibrant, waterfront metropolis is, thankfully, far removed from the days when Bristol was the unofficial capital of Britain's trade in African slaves.

Now contrite, it is a bustling city that can safely celebrate a past full of energy, enterprise and pioneering brilliance.

Surrounded by sumptuous, rolling countryside and boasting some of the country's most important museums, it is a place of evocative architecture, historical vitality and maritime supremacy.

Founded, according to legend, by the Celtic tribal leaders Belinus and Brennus, it has a natural harbour on the River Avon that provided the basis for its development as a major port as early as the 10th century.

In the Middle Ages it became the hub of a thriving export trade in wool and later its ships crossed the globe to bring back expensive cargoes of tobacco, rum and, of course, thousands of unfortunate black slaves.

The Genoese-born navigator John Cabot sailed from here in 1497 in search of a route to Indonesia, unwittingly discovering America some eight weeks later. The adventurer is commemorated by a 105 ft tower at Brandon Hill Park.

Another 'son' of Bristol was the 19th century engineering genius Isambard Kingdom Brunel who created many world-beating monuments including the revolutionary ship SS Great Britain, the awe-inspiring Clifton Suspension Bridge and the Great Western Railway.
The SS Great Britain, built in the 1840s, has been restored and is a major local attraction; it was the world's first propeller-driven iron ship capable of sailing the oceans, making 32 voyages around the world during its 26-year lifespan.

Left to rot in the Falkland islands this historic vessel was brought back to its home port in 1970 and is currently in dry dock. Find out more about visiting SS Great Britain...

The huge Clifton Suspension Bridge, designed by Brunel, spans the steep-sided Avon Gorge and at one time it formed a defensive gateway to the city. Only two miles from the city centre, it is overlooked by three Iron Age hill forts. The gorge is a Site of Special Scientific Interest and supports two unique types of tree, the Bristol white beam and Wilmotts white beam. They are found nowhere else.

Brunel also improved Bristol's docks and built the city's old Temple Meads station, terminus of his Great Western Railway from London to Bristol. This was a twin track line using broad gauge (approx 7 feet [214cm] wide) for which he also had to construct the two-mile-long Box Tunnel, the longest railway tunnel in the world at the time of its completion.
Temple Meads today houses the award-winning British Empire & Commonwealth Museum, the first major institution in the UK to present the 500-year history and legacy of Britain's overseas empire.

Modern Bristol has a plethora of historic buildings and attractions that include the city's majestic cathedral in College Green. Founded in the 12th century as an abbey, it was reputedly built on the spot of a famous meeting between St Augustine and Celtic Christians in the year 603. Together with fine medieval glass windows and a number of ancient tombs, it possesses some remarkable animal carvings, one of which depicts a monkey playing the bagpipes.

Two other local churches date to the 13th century - St Mary Redcliffe, which was built by local merchants and mariners and boasts a 285ft landmark tower, and nearby St Stephens.

One of Bristol's most impressive buildings is the Victorian Rooms, in which both Charles Dickens and Oscar Wilde gave readings of their works, while the oak-panelled Red Lodge is an Elizabethan merchant's built around 1590 that boasts a suite of 16th century rooms and a Tudor-style knot garden. The city's mid-18th century Theatre Royal is the oldest working theatre in the country while Bristol Zoo is the oldest zoo in the world outside a capital city. The Watershed Media Centre and Arnolfini gallery are both housed in disused dockside warehouses.

The city also boasts, among others, a hands-on science centre and a remarkable industrial museum and art centre.

There are many more sights to visit beyond the city's boundaries. Dyrham Park, for example, is one of the National Trust's finest properties while the Duke of Buckingham's castle at Thornbury is arguably the west of England's best Tudor building.

Further afield are the seaside resorts of Clevedon and Weston super Mare, not forgetting the splendid Georgian city of Bath. 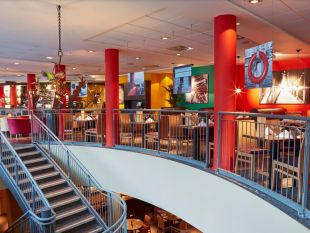 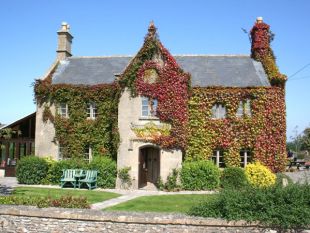 B&B
TOGHILL HOUSE FARM
Freezing Hill, Wick, Bath, Somerset, BS30 5RT
From £110.00 per room, per night, Single Occ. from £80.00
7 Single/Double/Twin/Family
Toghill House was built in 1691, we offer inviting and comfortable accommodation in a building steeped in character and history boasting spectacular views over the River Severn, the Bristol Channel, the hills of Wales and the Brecon Beacons. Perfe...
01225 891261
reservation@thhf.co.uk
MORE INFORMATION

Churches & Cathedrals
CATHEDRAL CHURCH OF SS PETER AND PAUL
Clifton Park, Clifton, Bristol, BS8 3BX
This modern Roman Catholic Cathedral was among the first to adopt the design principles of the second Vatican Council. Now an important part of modern life in the Clifton area we hold groups such as parents and toddlers which meet weekly during te...
01179 738411
cathedral@cliftondiocese.com
MORE INFORMATION 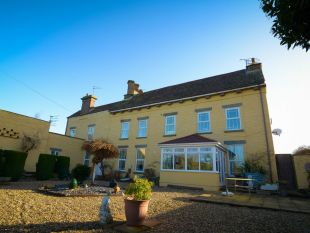 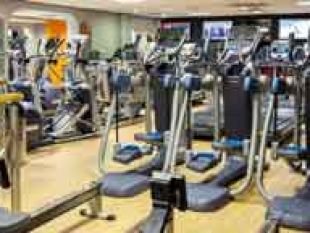