Let us help you plan your ideal vacation in Cambridgeshire...

One of England's most significant agricultural areas, Cambridgeshire has miles of farmland and rural charm and, thanks to its predominantly flat landscape, offers the visitor vast, unbroken horizons. Criss-crossed by waterways, this gentle, eastern county suggests a slowed-down lifestyle with sublime villages, important country houses and unforgettable sunsets waiting to be discovered.
The story of Cambridgeshire, like much of East Anglia, goes back to the days when the area was largely an impenetrable region of marsh and swamp. The Romans were the first to try to tame these inhospitable fens, building causeways above the waterlogged ground and installing drainage channels to divert the water, motivated by the need to transport food to troops in military garrisons further north.

In modern times the freshly uncovered, rich peaty soil helped to turn Cambridgeshire into one of Britain's leading food-producing regions. It also provides rare habitats for a host of wildlife and is blessed with large and important waterways – including the Great Ouse and the fish-filled rivers of the Welland and Nene.

The county is most famous for the city of Cambridge, renowned as one of England's two great university towns, steeped in history and tradition. It has been described as one of the most beautiful cities in Britain. The city takes its name from the crossing of the River Cam.
Cambridgeshire Animation

The first college, Peterhouse, was founded by Hugh de Balsham, Bishop of Ely, in 1284. Clare, Pembroke, Gonville, Trinity Hall and Corpus Christi were established in the first half of the fourteenth century. Ten more colleges were founded during the fifteenth and sixteenth centuries, including Christ's, King's, Queens', Jesus, St. John's, Trinity, and Emmanuel. As well as the colleges, the university established fine buildings including the 14th century Old Schools, the 18th century Senate House and more modern buildings like the University Library and the Fitzwilliam Museum.

The colleges contain the great architectural treasures of Cambridge. Founded by kings, queens bishops, nobles, guilds and rich widows, they attracted powerful patrons and large endowments of land and money. Such wealth allowed the colleges to use the best architects, including Sir Christopher Wren, Powell and Moya - to create beautiful buildings that reflect perfectly 700 years of British architectural heritage. It is a heritage symbolised by the soaring windows and fan vaults of King's College Chapel.
Today Cambridge is a thriving city of some 100,000 people. Its commercial heart is surrounded by fine buildings and green open spaces. The Backs, the famous grass-covered banks of the River Cam, are carpeted with crocus and daffodils in Spring.

This is the Cambridge of Brooke, Byron, Newton and Rutherford, of the summer idyll of punts, bumps', cool willows, and May Balls. In Summer you can take a punt along the river and enjoy the architectural glories of the riverside colleges.

The city of Ely ('eel island') to the north east is dwarfed by a giant cathedral and nearby is one of the few remaining parcels of un-drained land, Wicken Fen – one of the oldest nature reserves in Britain.

Meanwhile, the bustling city of Peterborough has an historical vitality of its own, with Bronze Age excavations at Flag Fen and a modern ancestry that dates back to AD 650. Its first major building was a monastery that was destroyed by Vikings in 869. Within 300 years a cathedral had been built by the Normans. It contains the tomb of Catherine of Aragon.

A key town is Huntingdon, lying on the Great Ouse and market towns like St Ives, which grew up around a priory in the 10th century, typify the way in which many places in Cambridgeshire came into being. It still has a 15th century bridge containing a chapel and a statue of the great Oliver Cromwell who owned a farm nearby.

Another market town, St Neots is close to both Buckden Palace and Kimbolton Castle which were the homes of Catherine of Aragon.

Outside the village of Grafham is the third largest man-made reservoir in Britain, Grafham Water, which was created in the 1960s. An important sanctuary for water birds, it is also the county's focal point for numerous water-based sports, including sailing, wind-surfing and angling. One of the county's must-see attractions is the Imperial War Museum at Duxford which holds a collection of planes from both world wars. It was born from a former Battle of Britain RAF station and one of its most memorable fliers was Douglas Bader. 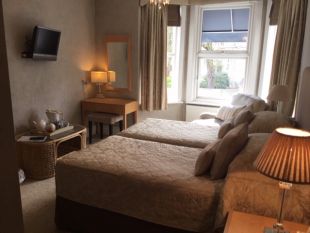 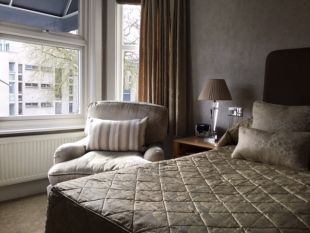 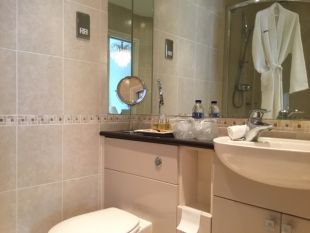 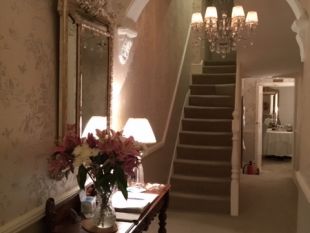 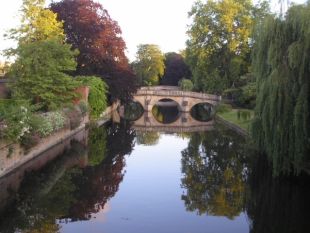 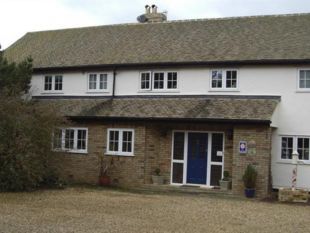 B&B
THE BRAMBLES B&B
Green End, Land Beach, Cambridge, Cambridgeshire, CB25 9FD
From £25.00 per person, per night
3 Twin/Double, 2 Double
The Brambles is located in Cambridgeshire countryside within a large scenic garden, It is a converted late 18th century farm featuring the original barn and out buildings. All guest rooms are en-suite and fully equipped with Tea / Coffee making...
01223 861443
info@thebramblesbandb.co.uk
MORE INFORMATION Punting • Sightseeing
CAMBRIDGE CHAUFFEUR PUNTS
Silver Street, Cambridge, CB3 9EL
Customers can choose either a 6-seat self hire or a 12-seater with chauffeur. You can share a chauffeured 12-seater with other visitors, but we are more than happy to accomodate your own private tour (booking is advisable). Cambridge Chauffe...
01223 354164 or 07966 157059
matthew@punting-in-cambridge.co.uk
MORE INFORMATION 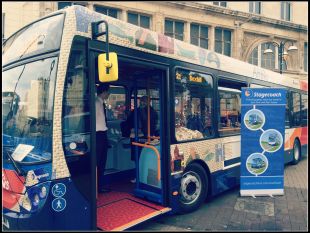 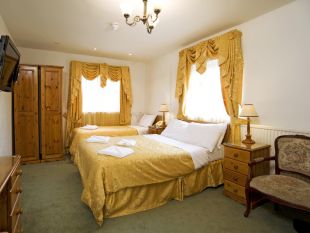 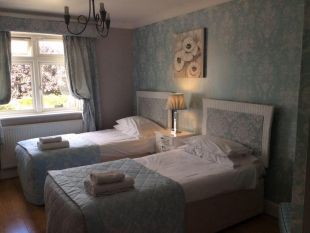 Guest House
THE CAMBRIDGE GUEST HOUSE
201A Milton Road, Cambridge, Cambridgeshire, CB4 1XG
Single from £40-£52, Twin/Double from £55-£80, Triple £85, Family from £90-£102 per room, per night
2 Double, 2 Twin, 1 Family (4-5) - All En-suite
The Cambridge Guest House is a perfect base for visiting historic colleges, museums or sampling varied cuisine of many restaurants. An ideal location for the city centre and also within easy access to the A14 and M11 Motorway (Junction 14). Exc...
01223 423239
info@thecambridgeguesthouse.co.uk
MORE INFORMATION 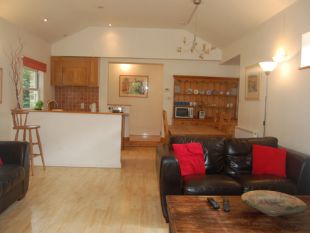 Self-contained Apartment
TRINITY FARM LODGE
Huntingdon Road, Cambridge, CB3 0LG
From £500 - £700 per week
1 Unit sleeps 4
Located approximately one and a half miles from the centre of Cambridge and with easy access to the M11 and A14, Trinity Farm Lodge is a superb 2 bedroomed self-contained apartment, the perfect getaway. Trinity Farm Lodge is very spacious and a...
01223 276441
philip.martin8@btopenworld.com
MORE INFORMATION 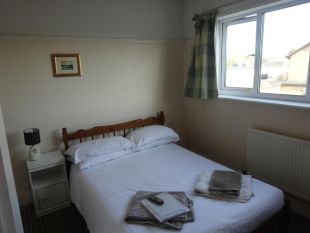 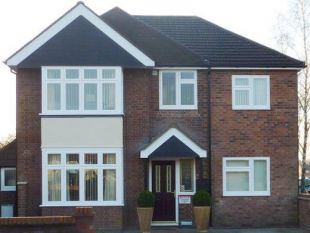 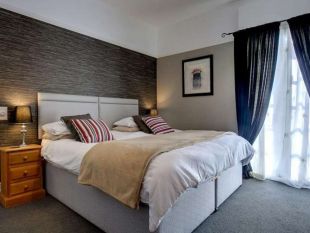 B&B
WORTH HOUSE
152 Chesterton Road, Cambridge, CB4 1DA
Single from £60, Double/Twin from £75, Family from £95 per room
Single/Double, Twin, Family, Triple
A newly renovated Victorian home providing spacious and comfortable accommodation for all the family. All rooms are en-suite and to a very high standard, including 26" TV's with Freeview. Some ground floor rooms available. Traditional full ...
01223 316074
enquiry@worth-house.co.uk
MORE INFORMATION