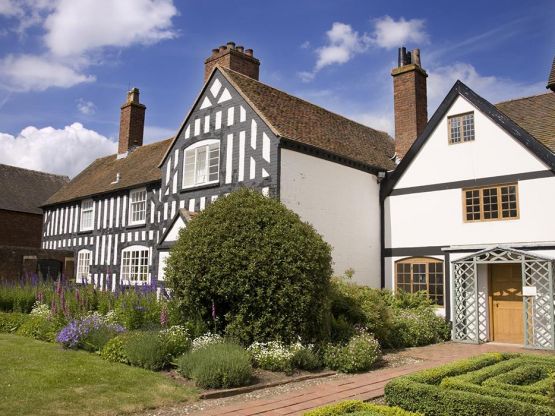 Boscobel is a beautiful but modest timber framed house with a unique role in history. After being defeated at Worcester, Charles II hid from the Roundheads in the nearby oak tree, evaded capture and escaped to France. Later, he returned to restore the monarchy to England.

The oak tree has disappeared since, but the famous "Royal Oak" in the grounds is descended from it and attracts visitors from all over.

A guided tour of the house will tell you about the "Priest's Holes", used for hiding people away from site; and the garden is open for you to explore.